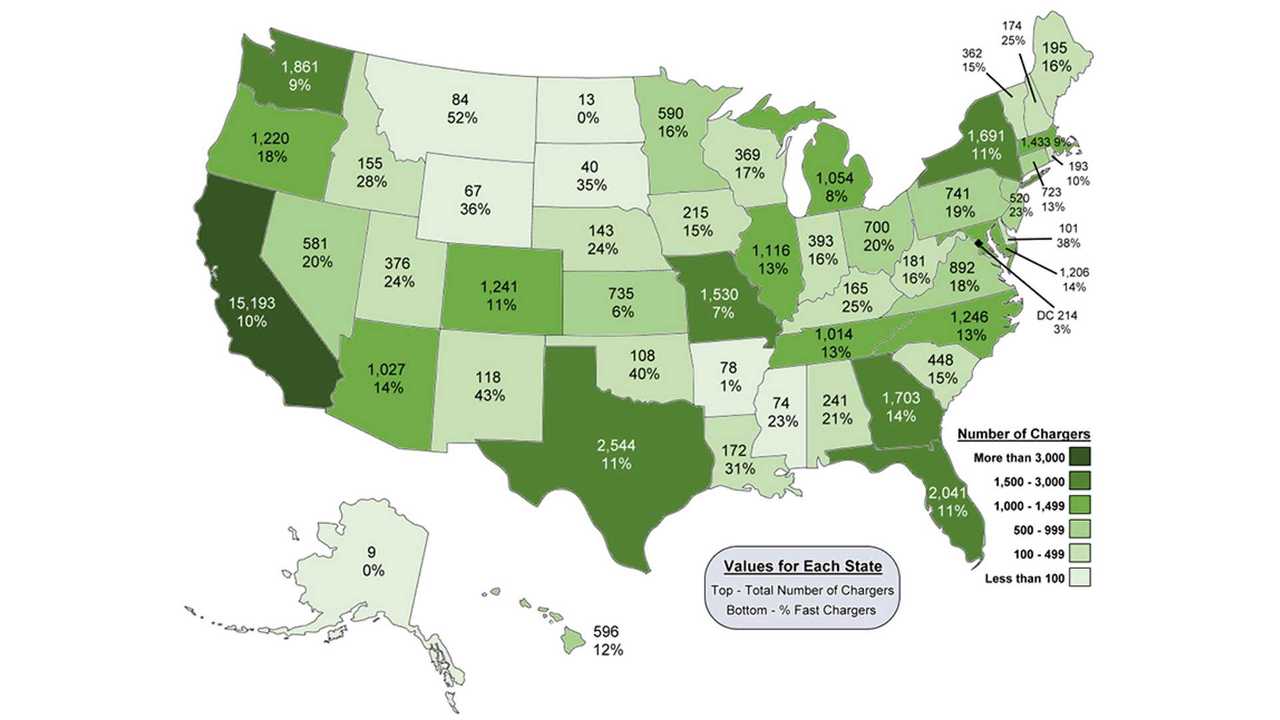 There are some 48,000 charging stations in the U.S. (AC Level II and DC fast chargers), out of which almost one third are located in California - more than 15,000.

California leads the country with around 1,500 DC fast chargers (10% of total). There are also two states where DC chargers are at ≈0%.

"Note: Data are as of November 14, 2017. Includes public and private chargers, and the Tesla network. Does not include level I chargers or planned chargers.