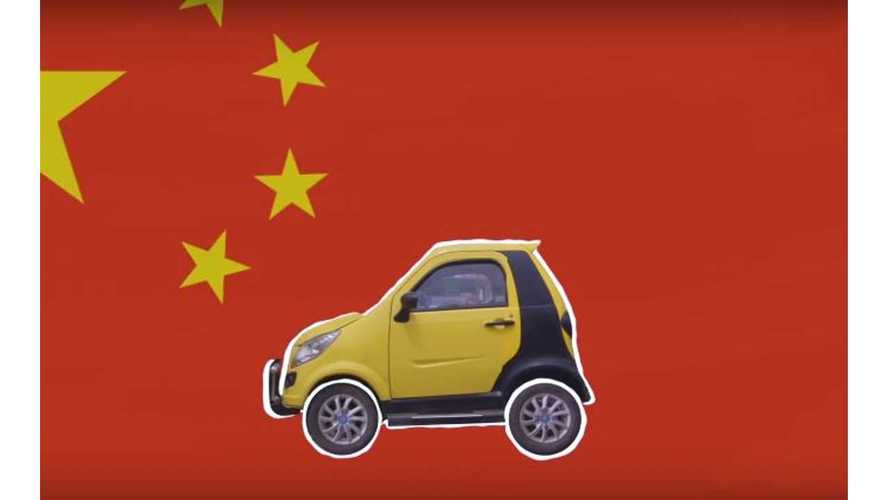 If we're to tell you that 1.75 million EVs were sold in China in 2017, you probably wouldn't be that surprised. After all, the Chinese market is one of the biggest when it comes to electric vehicles. However, the aforementioned number stands for something other than full-fledged electric vehicles. It correlates to the number of LSEVs (Low-Speed Electric Vehicles) sold in the world's most populous country. The small, slow and super cheap vehicles are taking over the country, especially in the rural areas. While they are bringing the thrill of driving to the masses, they are also hampering the government's efforts to develop an upscale EV industry.

Knock Off BMW i3 Is Hideous

These small electric vehicles are simple to build, easy to maintain and they don't cost much. Some can be even be acquired for as low as $1,500 - and that's dirt cheap. However, these don't adhere to current full-size vehicle safety standards, they provide almost no protection to their passengers and some even use substandard lead-acid batteries, creating an environmental problem of their own. In turn, some Chinese cities have already banned LSEVs due to safety concerns and we're confident more are to follow.

For China, regulating this market will be key to their long-term environmental goals. These cars may be providing the means to transportation for a lot of Chinese, but they are also adding to the growing transportation problem the Chinese cities are facing currently. Many Chinese are opting-in for these small electric cars instead of using the public transport system, pushing even more vehicles onto the already overstrained roads.

With safety concerns, environmental impacts and the general frowned upon look from the Chinese government, LSEVs will need to revolutionize themselves in order to stay relevant & up to date with all current and future governmental regulations. Grab a look at the full report on the LSEVs done by WSJ right below.