A Seriously Burned Out Nissan LEAF 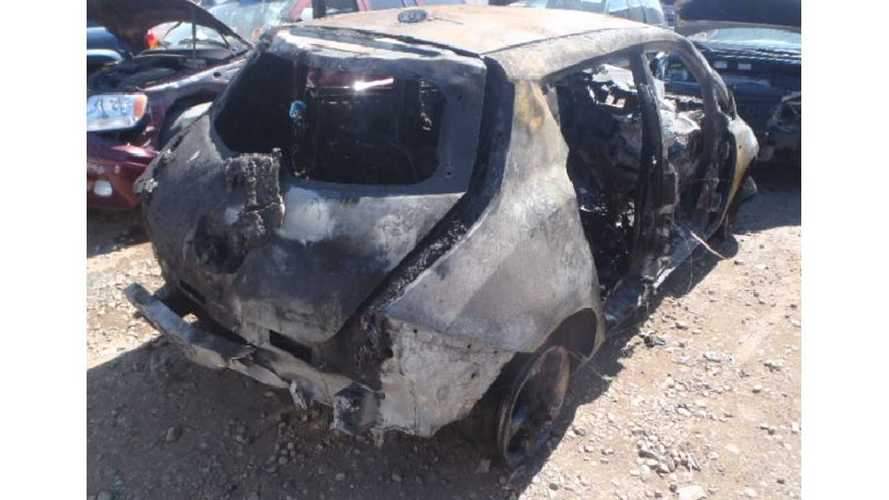 2012 Nissan LEAF That Has Seen Better Days (click to enlarge)

Most everyone has to have a look at an accident on the side of the road as they pass by.  For some of us, crumpled up and damaged electric cars are our guilty pleasure, we even have a 'Crashed EVs' sub category that we squirrel them away in for readers to scratch that itch occasionally.

However, given some of the recent media utopia over any connection that the fact a car is electric, and that also being the reason for the fire itself, we feel we should state:

This is strictly associated burn damage from a fire in Colorado.  If there is any takeaway from this fire, it is that the battery pack did NOT catch fire, and remarkably remains structurally intact, tucked beneath the car.

According To Auction Notes, This Car Was Sold

Also for reference:  Shots of the Chevrolet Volt NHSTA fire incident, of which no fault, at all, was found with the GM product in question, from June 4th or 5th, 2011.