According to CEO Elon Musk, the Tesla Model S and X won't get the higher energy density 2170 cell found in the Model 3.

This runs counter to previous reports that indicate the Model S and X would transition over to the new cell factor by the end of this year.

Following the release of news that the 2170 cell for the Tesla Model 3 went into production, Musk was asked when the transition would occur for the Model S and X. Here's the question and his response: 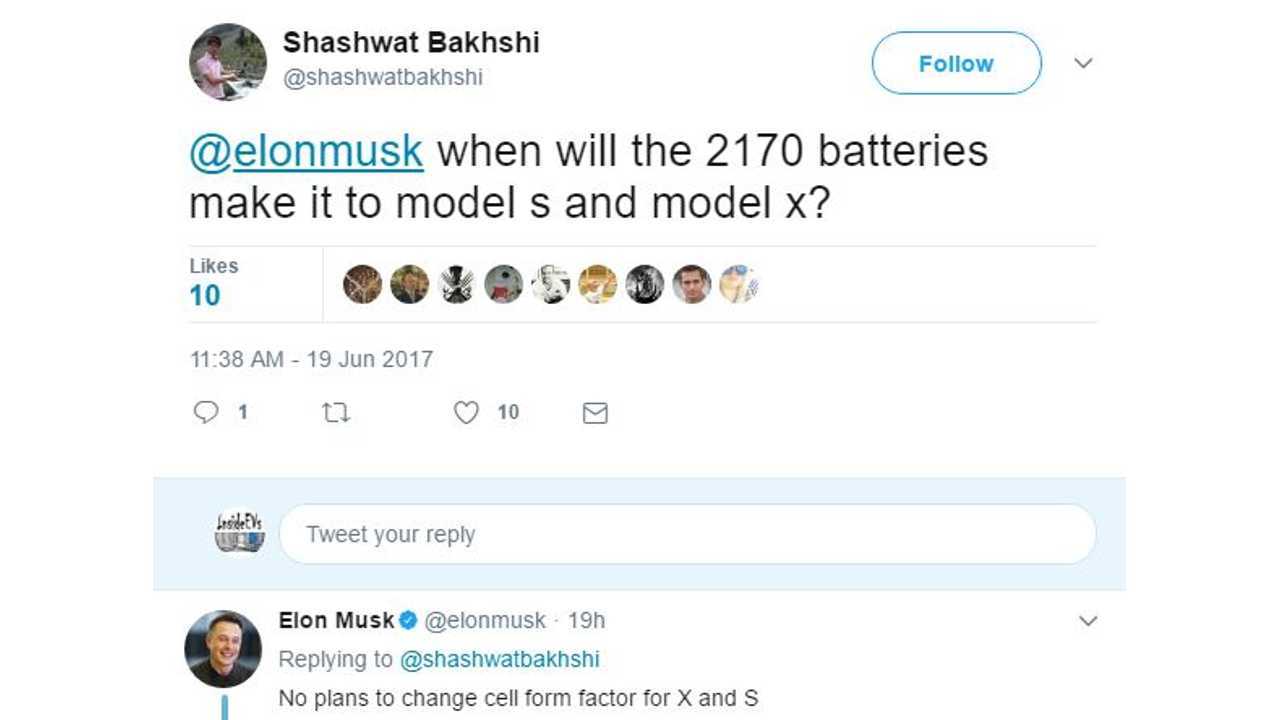 We must then assume that the S and X will continue to use the 18650 cell, possibly until both are up for a full redesign.

Why no change to 2170? Our guess is that most all 2170 cells will be accounted for in the coming years with Model 3 production ramping up and Powerwall and Powerpack installations taking off.

We still think the transition will happen, mainly to leverage mass production to drive costs down even further, just not anytime in the near future.

No plans to change 100 kWh pack tech. You'll never worry about running out of range. Model 3 pack is about cost reduction, not performance.