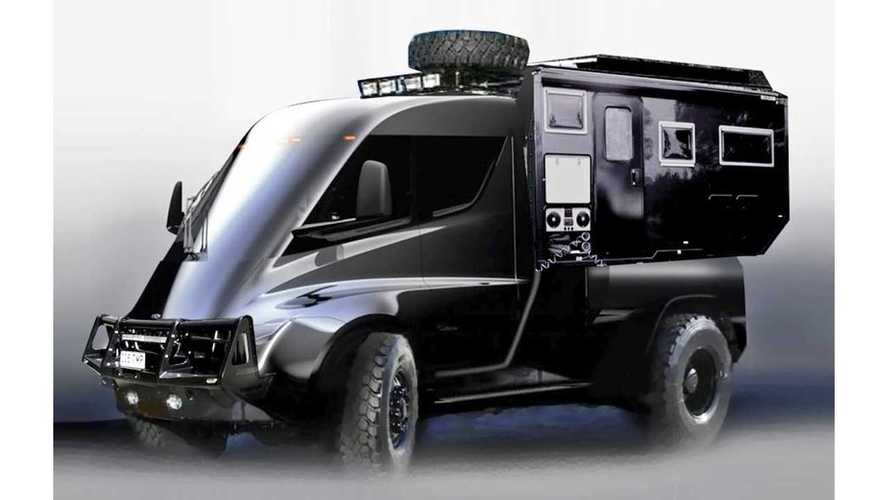 It sure looks brawny, doesn't it?

When the Tesla Semi was unveiled back in 2017, Elon Musk showed an image of the potential pickup versions of the Semi with the pickup on-board.

Well, the Semi is big enough to build a small house on it, apparently and that's likely the idea that dawned in the head of this Tesla Pickup Expedition designer.

Is this the ultimate, electric heavy-duty off-road camper?

While electric campers aren't really suited for long hauls, they do sport the necessary on-board juice to venture just about anywhere in the wild without the need for a plug. A sizeable battery could power items such as an electric burner for cooking, making coffee and so on. Additionally, the juice from the pack could be used for electric heat or even A/C, though you'd have to keep a close eye on remaining charge when running such large-draw items.

Lastly, and this might be important in some areas, the electric camper's lack of pollution will help to keep the wilderness as clean as possible.