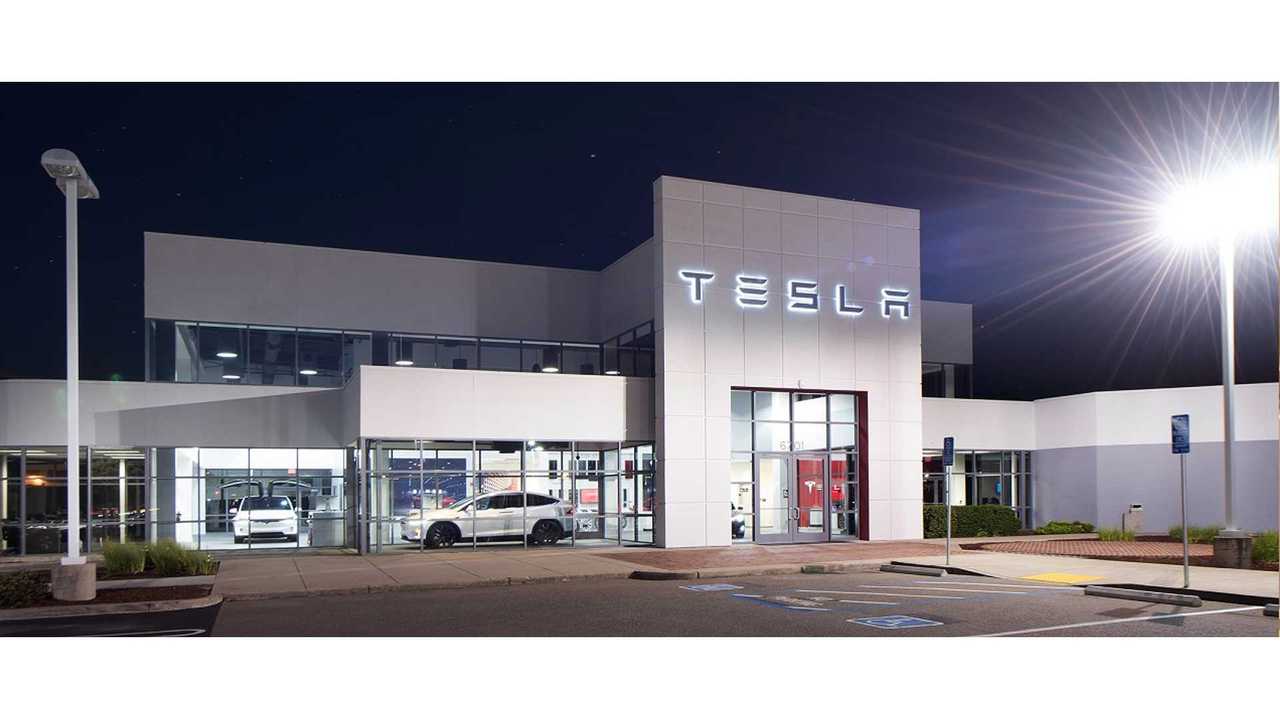 Tesla has many challenges to overcome. According to David Pogue (via Yahoo Finance), "It’s amazing that Tesla even exists. Before Tesla, the most recent successful American auto startup was Chrysler, over 90 years ago. Tesla has survived the first hard part: designing beautiful, fast, high-tech electric cars that a lot of people want and love. Now come all the other hard parts...  getting permission to sell them."

Above: A look at Tesla's store in Walnut Creek, California (Image: Tesla)

"That’s right. In some states, Tesla is not allowed to open dealerships. I live in one of them: Connecticut. Two years ago, I added myself to the waiting list for the Tesla Model 3. This summer, I finally picked it up — in New York. As I drove it back home over the state border, I wondered why Connecticut would want to hand over all the sales tax I just paid to a rival state," writes Pogue.

Furthermore, "in a capitalist system, it might seem counterintuitive for a state to prevent a popular company from opening a store. Aren’t new businesses good? Don’t they generate property taxes and sales tax? Don’t they mean more local jobs? Wouldn’t welcoming a big player in electric cars help these states with their environmental goals? (Connecticut’s government, for example, aims to lower emissions to 45% of 2001 levels by 2030.) Don’t we want to support American manufacturing?"

It turns out that these protectionist laws are rooted in a bit of ancient history. Pogue notes, "Back in the 1930s, the car companies established this system so that they could worry about making cars, and the franchises could worry about selling and repairing them. Early on, though, the franchisees lobbied their state governments for protection." State governments, in turn, passed laws.

Above: Along with Connecticut, Tesla still can't sell cars direct-to-consumer in other states including Texas (Youtube: ReasonTV)

Fast forward to the present — are laws in certain states still banning Tesla from selling cars? Yes. Through extensive, expensive (and often successful) lobbying efforts, dealer groups are waging war on the electric carmaker. One reason could be that "the vast majority of income comes from service... see the electric car as an existential threat to their service business. It’s revenue that these car dealers don’t want to give up," says Bruce Becker, president of the Electric Vehicle Club of Connecticut.

To that end, "an electric car has no engine and no transmission. It has no spark plugs, fan belts, air filters, timing belts, or cylinder heads. It never needs oil changes, tuneups, or emissions checks. Your brake pads go years without needing replacement, too, since just lifting your foot from the accelerator slows the car down (by recharging the batteries)." It's no wonder dealers want to boot Tesla from their state. A National Automobile Dealers Association spokesman said dealers make triple the profit from service as they do from selling new cars.

Yet for state officials, banning Tesla "is not a good long-term strategy. It’s not stopping people from buying Teslas — it’s just sending them out of state to do it." Tesla’s general counsel, Todd Maron notes, "In all the other states in the country, in all the other countries where we operate, we’ve always been able to operate alongside dealers selling other cars. It’s just competition, and it’s completely normal... We’re not going to give up on this issue, ever. It’s so fundamental to who we are."

Above: If you live in one of the blue states, you don’t have to cross state lines to buy a Tesla (Graphic credit: David Foster / Yahoo Finance)

After all, "Existing franchise dealers have a fundamental conflict of interest between selling gasoline cars, which constitute the vast majority of their business, and selling the new technology of electric cars,” CEO Elon Musk writes on Tesla’s site. “It is impossible for them to explain the advantages of going electric without simultaneously undermining their traditional business."