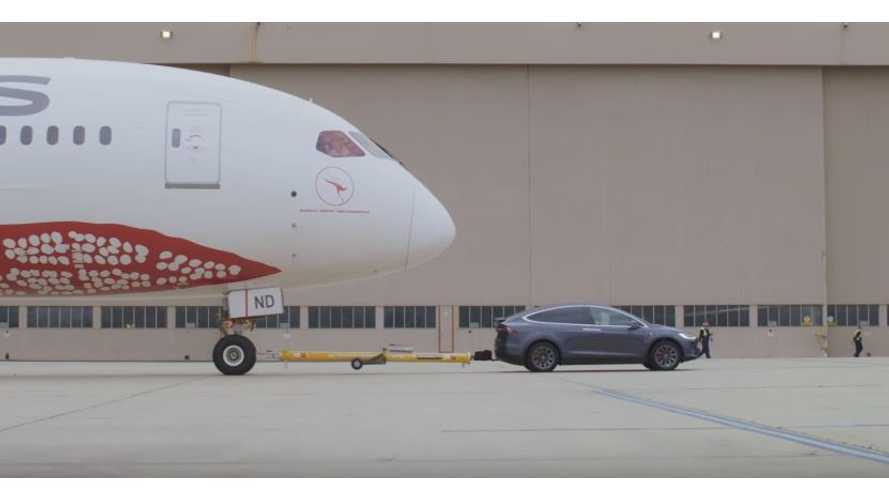 Weighing in at approximately 244,000 pounds without fuel, the Qantas Boeing 787-9 Dreamliner far exceeds the tow rating of a Tesla Model X.

However, it just takes mounds of torque to get one rolling at low speeds and that's precisely what the X is showing off here.

The Model X makes use of all 9,500 newton-meters of torque (at the wheels) or 487 pound-feet (under typical measurement methods) it puts out to tug the mighty airliner some 300 meters and place itself in the record books for heaviest tow by a production electric vehicle.

Some two years ago, Tesla and Qantas first teamed up to show a race between a Boeing 737 and a Tesla Model S P90D. You can check that out at the link below: