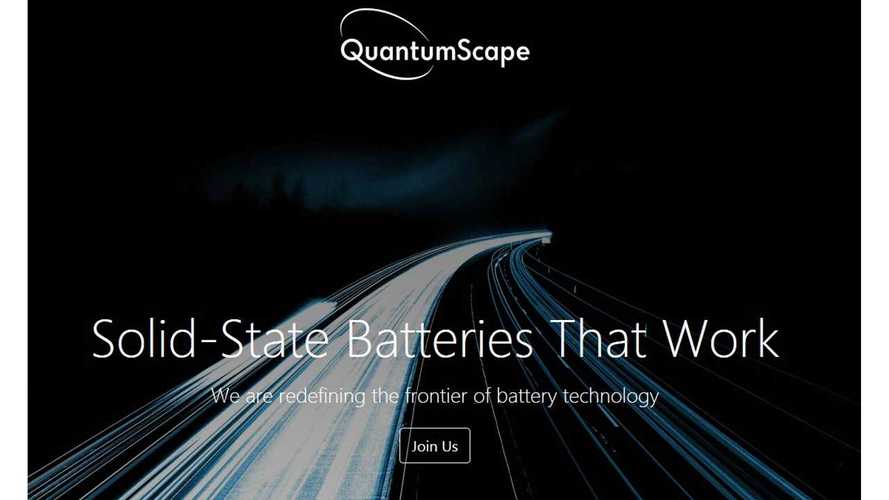 QuantumScape was formed in 2010 and Volkswagen was one of the first companies to collaborate closely on the topic (since 2012).

Now, with a $100 million investment, Volkswagen becomes the largest automotive shareholder and takes a seat on the board of QuantumScape.

Additionally, Volkswagen and QuantumScape will launch a new joint venture for industrial level of production.

From the timeframe - 7 years from now - we clearly see that the solid-state batteries at best could enter the game after the first batch of the next-generation electric Volkswagens, built on the MEB platform.

In the press release, the German manufacturer praises solid-state batteries for improved performance. The range of e-Golf could more than double from 300 km (186 miles) to 750 km (466 miles) under the NEDC cycle if the new batteries were applied.

More in the press release:

"By increasing its stake in the California technology company QuantumScape Corporation and forming a new joint venture, Volkswagen Group is paving the way for the next level of battery power for long-range e-mobility. Dr. Axel Heinrich, Head of VW Group Research, who will take a seat on the board of directors of QuantumScape, says: “We want to accelerate the commercialization of QuantumScape’s solid-state batteries. And we combine forces to leverage Volkswagen’s experience as a production specialist and QuantumScape technology leadership. Volkswagen is thus taking another step toward a sustainable, zero emission mobility for our customers in the future.” Volkswagen will invest 100m USD in US-based QuantumScape and will become the innovative enterprise’s largest automotive shareholder. Closing of the transaction is subject to regulatory approval.

Since 2012, Volkswagen Group Research has already been collaborating closely with the Stanford spin-off.  Based on the significant technical progress that this cooperation has made, QuantumScape and Volkswagen will work together within a newly formed joint venture with the aim to enable an industrial level of production of solid-state batteries. One of the long-term targets is to establish a production line for solid-state batteries by 2025.

“Volkswagen is the world’s largest automotive manufacturer and leads the industry in its commitment to electrification of its fleet,” says Jagdeep Singh, CEO of QuantumScape. “We are thrilled to be chosen by Volkswagen to power this transition.  We think the higher range, faster charge times, and inherent safety of QuantumScape’s solid-state technology will be a key enabler for the next generation of electrified powertrains.”

Founded in 2010, QuantumScape is headquartered in San José, California and holds approximately 200 patents and patent applications for solid-state battery technology. Its deep expertise makes the company a leading pioneer in the development of this form of energy storage. “The solid-state battery will mark a turning point for e-mobility”, says Axel Heinrich of Volkswagen Group. “By increasing our stake in QuantumScape and forming the joint venture we strengthen and deepen our strategic cooperation with an innovative partner and secure access to the promising QuantumScape battery technology for Volkswagen.”

Solid-state battery cell technology is seen as the most promising approach for the e-mobility of the future. For example, a solid-state battery would increase the range of the E-Golf to approximately 750 kilometers compared with the present 300 kilometers. This battery technology has further advantages over the present lithium-ion technology: higher energy density, enhanced safety, better fast charging capability and – above all – they take up significantly less space. A solid-state battery of the same size as a current battery package can achieve a range comparable to that of conventional vehicles.  While the approach has a lot of promise, advances have been difficult to attain and no other battery supplier has been able to achieve automotive performance. Volkswagen successfully tested QuantumScape early-stage solid-state battery sample cells in Germany running at automotive rates of power—an industry first."