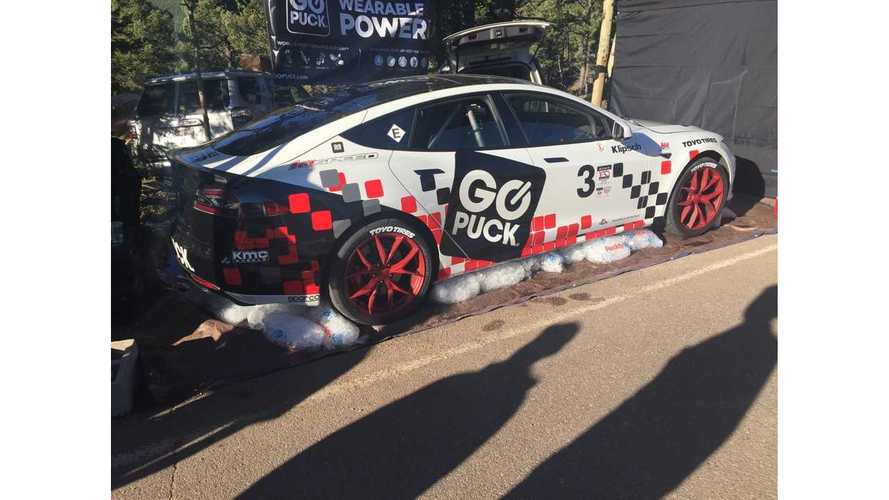 Dispelling the notion that a Tesla Model isn't suitable for racing is this new world record for a "Production Electric Car" set at the 2016 Pikes Peak International Hill Climb.

Yes, a ton of ice was utilized to cool the battery as much as possible prior to the race, but regardless of that, Blake Fuller, founder and CEO of Go Puck wearable battery packs, set a new Production Electric Car record in a Tesla Model S P90D at the Pikes Peak International Hill Climb.

His time was 11 minutes and 48.264 seconds, which placed him 64th overall. Nothing to brag about really, but in the "Production Electric Car" group, he bested the previous record (12 minutes 55.591 second) set by a Honda Fit EV by well over 1 minute.

As you can see in the photo above, Fuller's team developed a super high-tech, special cooling system to prevent overheating of the battery pack. Hmm...could this be employed for a Tesla at the Nurburgring as well?

The car itself was a stock (despite reports to the contrary) Tesla Model S with cage - previous reports suggested a new battery for better performance. Lots of weight was removed though. Something like 800 pounds, according to the race team.

For some additional details on the Pikes Peak Model S, check out this Fast Lane Car feature video.