Tesla Pickup Truck Must Do This To Compete With Ram, F-150, Silverado 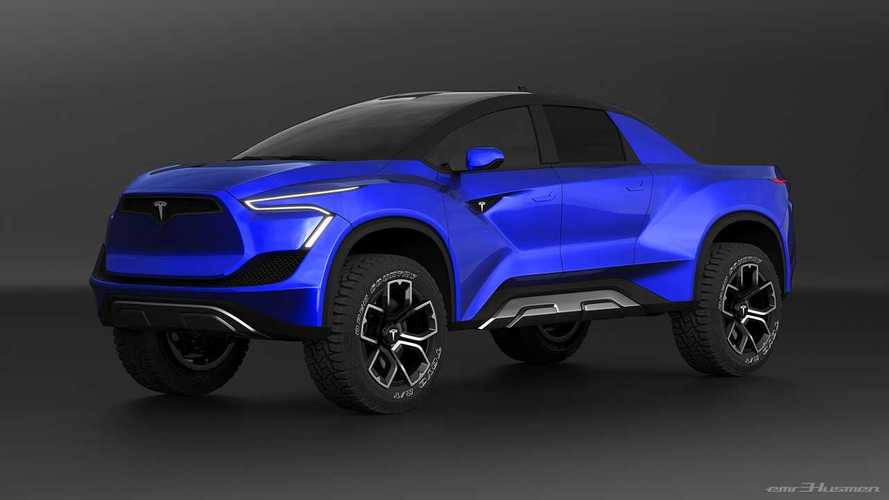 To compete with the domestic American gas and diesel trucks, Tesla will need to deliver on certain key elements.

If Tesla wants its pickup truck to compete with the likes of the Ford F-150, Ram 1500, GMC Sierra and Chevy Silverado, then it better deliver on these key metrics.

In short, it's all about going, towing and stowing, but it's not quite that simple.

All modern-day pickup trucks have a lot of grunt. Gone are the days of slow trucks. Nowadays, truck buyers expect V8 gas trucks to sprint to 60 MPH from a standstill in something close to 6-7 seconds. Diesels versions are far slower, but they make up for that with mounds of torque.

Musk stated that the Tesla truck will perform like a Porsche, which we take it to mean that, in a sprint, the Tesla pickup will match the 0-60 MPH of a Porsche 911. However, which version of the 911 is Musk referring to? The top-spec 911 hits 60 MPH in under 3 seconds, while lesser variants complete the sprint in over 4 seconds.

Light-duty full-size pickup truck can tow more and more these days. Depending on motor, trim and so on, these half-ton trucks can pull upwards of 13,000 pounds.

13,000 pounds is nothing compared to the 300,000-pound towing claim made by Musk though. However, that's not a tow rating, just a claim. And we've already seen an electric Ford F-150 pull far more than that.

In order for the Tesla truck to compete in towing, it'll need to be rated above 10,000 pounds and have all the equipment as standard to tow. That's not a problem, but there's the issue of range when towing.

Will Towing Bring Back EV Range Anxiety? Let's Find Out

We've seen various reports on vastly reduced range while towing with an electric vehicle, so we expect the truck to be affected in a similar way. Therefore, we'd like to see a version of the Tesla truck that can still go some 300 miles while towing at or near max. This would imply that its range without something in tow would likely need to exceed 500 miles. Not an impossible figured, but it is a very high number.

Room inside and out.

All modern-day trucks can be ordered in a configuration that offers a vast amount of interior space. This will be a must for the Tesla truck too. Seating for at least 5, preferably even more, needs to be part of the offer.

Turning our attention to the outside, most pickup truck beds continue to shrink. Sure, the 8-foot option does still exist, but the majority of trucks sold these days have beds that are closer to 6 feet in length, some even shorter than that.

Therefore, we'll conclude that bed length is not a major concern (more a preference), but payload is. Payload is a measure of the amount of total weight that can be within the truck. This includes people, cargo etc. either inside the cabin or in the bed.

Payload may be one area where the Tesla truck struggles to match the gas and diesel half-ton trucks. Batteries are heavy and, assuming the Tesla truck packs a very big battery, this weighs down the vehicle. To compensate, a very robust suspension must be utilized (typically resulting in a non-Tesla-like harsh ride).

The payload rating for the Rivian R1T is only 1,764 pounds. That's about the same as a Toyota Tundra, but nowhere near as high as the F-150, which can have a payload rating of over 3,200 pounds (if equipped properly). Tesla should target a payload rating of ~2,500 so that the truck is at least matches or beats several half-ton competitors.

The big Tesla truck reveal is set for November 21 at 11 PM EST (8 PM PST). We believe Tesla will release at least some specs for the truck at that time. With Tesla's inexperience with trucks, we may find out that it falls short in some key trucking metrics. On the flip side, Tesla always seems to deliver otherworldly performance figures, so perhaps we'll all be blown away.

What do you expect from the Tesla truck?