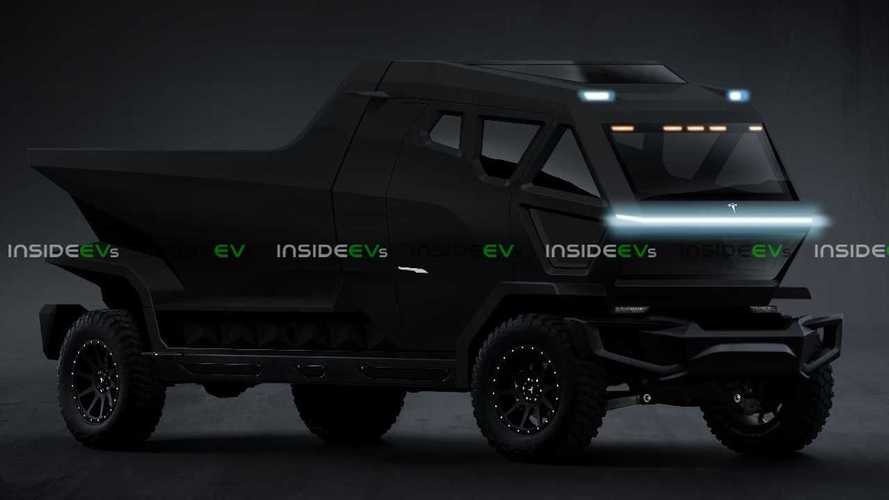 It will surely be polarizing and that's according to Musk himself.

Tesla CEO Elon Musk again hinted at the upcoming Tesla pickup truck. According to Musk, it resembles a personnel carrier.

This isn't the first time Musk referenced the personnel carrier of the future in connection with the Tesla truck, so we have to assume then that it will indeed look unlike any conventional pickup truck.

Elon's latest words on the Tesla truck came yesterday during a speech at the Air Force Space Pitch Day in San Francisco.

“We are going to come out with the Tesla pickup truck, or we call it ‘Cybertruck.’ I mean, it looks like an armored personnel carrier from the future. It doesn’t look like a normal car. You may like it, you may not. I like it. It’s going to look like it came off a movie set. When it goes down the road. Like, ‘Whoa, What’s that thing?”

If you take a look at InsideEVs exclusive renderings of the Tesla truck (gallery below), you'd be like "Whoa, what's that thing?" Right?

Musk again stated that the truck would be polarizing, a design decision we certainly question here at InsideEVs. However, maybe Tesla and Musk can pull it off. As Musk explains:

“All the time people try to make products that they think others would love, but that they don’t love themselves. If you don’t love the product, you shouldn’t expect others to.”

The Tesla truck reveal is set to take place on November 21 and all eyes of the world will be on this debut. Peruse our additional Tesla truck galleries below for some other takes on what the Tesla truck might look like.