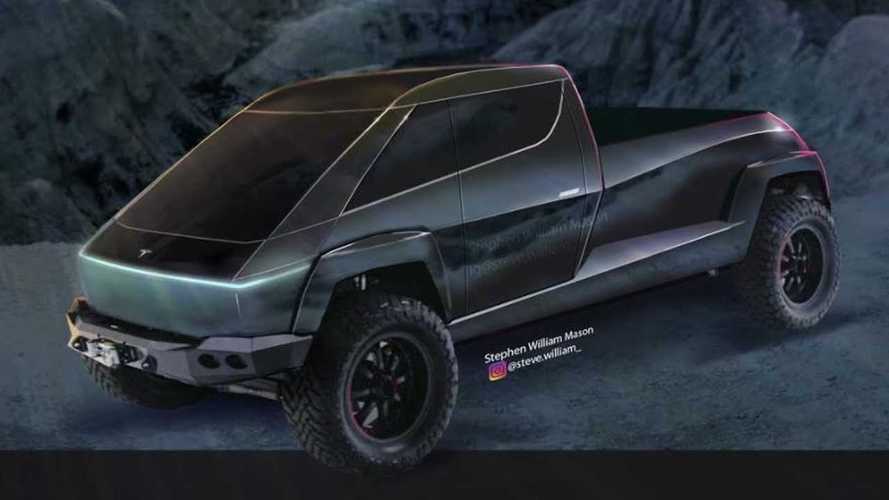 The Tesla truck reveal is on schedule, plus Bollinger prices its B1 and B2 truck/SUV out of reach for most.

Electric pickup trucks are a super hot segment these days with the Tesla Truck, Rivian R1T, Atlis XT pickup, Ford F-150, Bollinger B1 and B2 and now even a Fisker pickup leading the charge. Let's check out some news highlights this past week in the world of electric trucks.

It was an exciting week in the world of electric trucks. InsideEVs posted on Bollinger revealing pricing for its pair of rugged electric off-roaders. Additionally, Musk called the Tesla truck the Tesla Cyber Truck and we take a look at what to expect from the Tesla truck.

Gallery: Bollinger B1 And B2 Electric Trucks/SUVs

Bollinger decided to cut the suspense around how much its vehicles are going to cost. What we did not expect was that the B1, its SUV, and the B2, its pickup truck, would have the exact same starting price. Both will require $125,000 for all each of them can offer. And that is pretty much being electric and extremely able on trails and other off-road situations.

The impressive thing about the pickup truck is that, with its liftgates open, it will be able to carry 19’4” long objects. The SUV also has liftgates, but for 16.4” objects only.

Tesla CEO Elon Musk seemed pumped up for the reveal of the Tesla pickup truck. He referred to it as the Cyber Truck on the call yesterday, which means Tesla could become CyberS3XY.

Here's the question and answer related to the CyberTruck from the call:

Hi. It's Edison [Phonetic] on for Emmanuel. Thanks for taking our questions. First, there's been a lot of activity in the industry about electric pickups lately. Just curious if you have any updates, anymore insights you can share on the one that you're about to put out later?

With The Tesla Pickup Truck Unveiling Soon, What Can We Expect?

When it comes to the unveiling itself, we can only hope that it will be an epic display. Many argued that the Model Y reveal fell short of what's expected of Tesla and CEO Elon Musk. It was an awesome celebration of Tesla's history and successes, but it didn't really "sell" the Model Y, and it left many unanswered questions.

While we don't have an official date yet for the Tesla Pickup Truck reveal, we expect to get one soon if Tesla is going to follow through with Musk's tweet stating that it would happen in "November most likely." This was recently revisited by a tweet from a fan. Musk replied that the November plan hasn't changed.

Check out the video above for a solid recap of all the details, as well as what to expect.