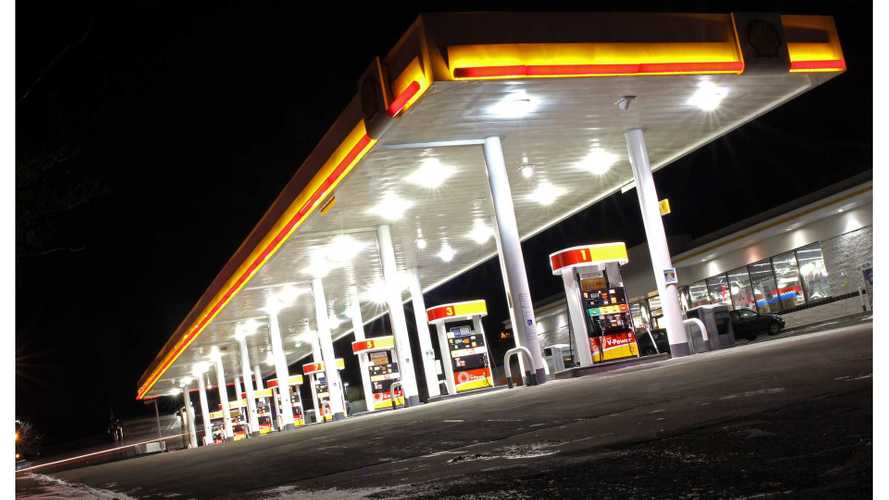 Aided by the reality that all of the Europe will soon be seriously curtailing gas and diesel sales (while some countries are planning to outright ban them), the switch to the plug-in cars is now in high gear.

And if you are in business of selling and distributing liquid fuel to the public...that isn't great news.

For Shell, it is apparently time to attempt to adjust its business model, and as such, has just acquired NewMotion - one of the largest charging station operators in Europe.  Why build out the infrastructure that you can buy today we suppose?

Dutch-based NewMotion (launched in 2009) earlier this year reached a milestone of 100,000 registered charge cards on its network of over 30,000 charging points.

Shell had already shown some interest in the EV charging business, installing a handful fast charging stations at retail locations in few countries (see an example of one of its first stations here), and treats the acquisition of the NewMotion as a complementary service (home and public Level 2 charging).

NewMotion encourages that, under Shell, business will continue as usual.

NewMotion welcomes acquisition by Shell, one of the world's leading energy providers

Amsterdam, Oct 12, 2017 – Shell, one of the world’s largest energy providers, has signed an agreement to buy NewMotion in a deal that will enable both companies to accelerate the transition to low-carbon transport.

Under the terms of the deal, NewMotion will remain focused on accelerating its mission in Europe by delivering more innovative smart-charging solutions to homes, businesses and public parking spaces. The acquisition will help NewMotion enhance its electric vehicle (EV) charging services turning more parking spaces into charging stations as well as improving users charging experience across Europe.

“We are very pleased to have such a strong investor that fully supports our mission, enabling us to further expand across Europe at a time when the transition to electric vehicles is gathering pace,” Sytse Zuidema, CEO of NewMotion, said. “We are excited that our ongoing mission and belief in a transition towards less-polluting transport source has been endorsed so strongly by Shell, one of the world’s leading energy companies.”