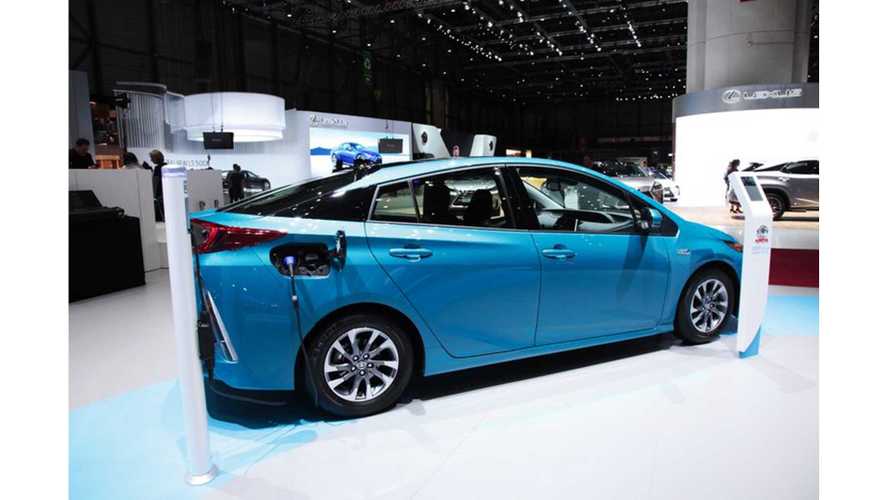 June was one of the best plug-in vehicle sales month ever!

Total sales over the first six months have nearly reached 450,000 (up 41% year-over-year), which means barring some kind of EV sales-apocalypse, we should see a seven digit result before 2017 ends - also, a first.

As we expected several months ago, the Toyota Prius Plug-In (aka Prime) quickly has become the best selling plug-in car in the world, despite still being production and inventory constrained globally, with nearly 27,000 sales through June.

A very strong result in Japan, and decent numbers in the U.S. (even without counting on Europe hardly at all) were enough to best the Nissan LEAF and Tesla Model S in the first half of the year.

In the overall automaker race, Tesla extended its lead over BMW in June by delivering some 10,841 cars, but the BMW result at 8,815 was still fairly significant in its own right.

We should not that last month was the start of the long-predicted BYD comeback, as the Chinese company's 11,198 deliveries is second to none, enabling it to climb into 3rd place.  The way we see it, there is no stopping BYD from ending the year in first, as we expect BYD to be moving about ~20,000 plug-ins monthly by December.

For 2018, the plug-in sales race will be hotly contended between incumbent BYD and Tesla, thanks to the huge Model 3 surge in deliveries which kicks off this December!