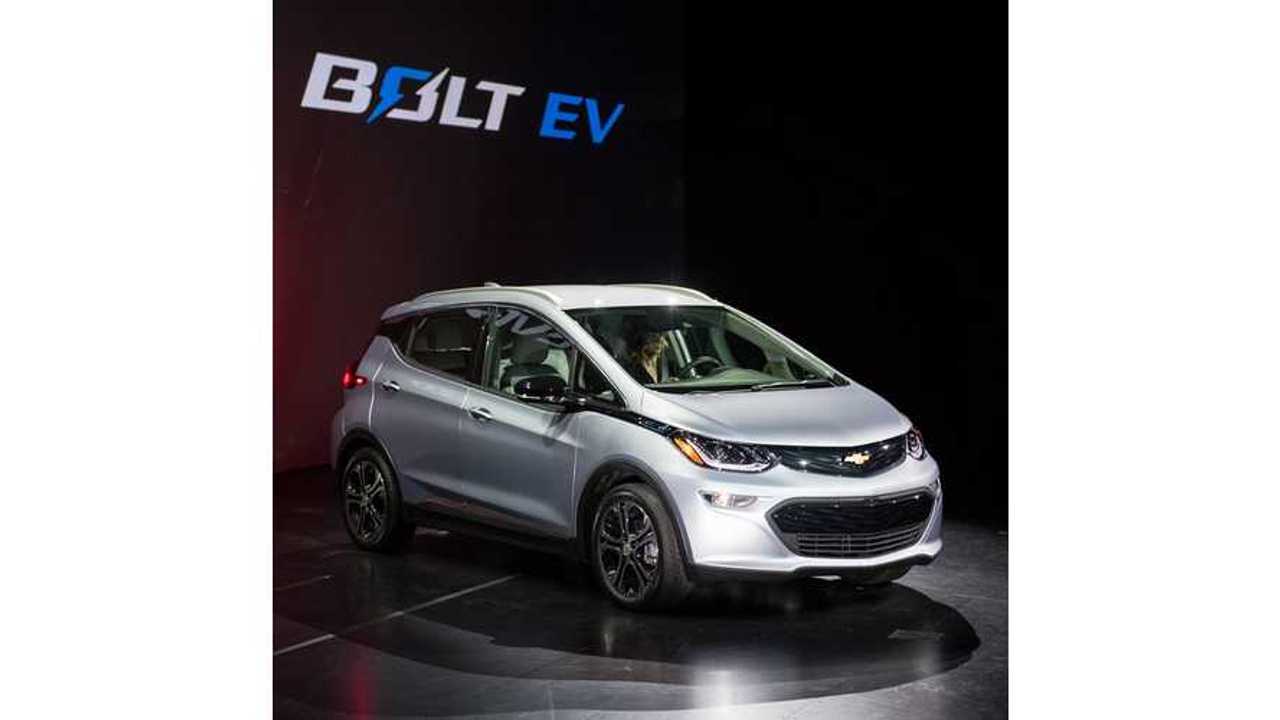 General Motors took the wraps of the production version of the 2017 Chevrolet Bolt today from CES in Las Vegas.  The full livestream in its entirety can be viewed below.

Earlier in the day there was quite a few leaks about what the Bolt EV debut would (and would not entail).

What we did hear confirmation on was the much anticipated 200 mile range - which is the main talking point for GM's upcoming Sonic-sized car.

Update:  Our full recap on all the specs, galleries, live shots and videos released shortly thereafter can be found here.

Videos below: Live stream from the event from GM (via Facebook stream), and from audience (thanks to Ambulator)

We’re coming to you live from CES 2016! Join us right now and connect with the latest news on the all-electric 2017 Bolt EV in real time.

Posted by Chevrolet on Wednesday, January 6, 2016

Some live pics from the debut: