The car will be improved to become noticeably quicker.

Speed Academy recently checked out a 2021 Tesla Model S Plaid at a race track, but it's not another review, rather it's part of preparations to make the car better.

According to the test drives around the track, the Plaid is considered the world's greatest and most dangerous drag car at the same time.

Drivers found multiple weaknesses and areas that should be improved to increase performance. That actually surprised Mountain Pass Performance, which expected that there will be little to do (it set a new Nürburgring Nordschleife record for production EVs after all).

"The 2021 Tesla Model S PLAID is one of the fastest cars on the planet with an incredible 0-60 time and crushes almost anything in a drag race (the Ferrari F430 stands no chance) but it's also incredibly underbraked and has many weaknesses around a race track. We review and test drive it to find them all."

The thing that repeats as a weakness is brakes (we heard about them just a few days ago from Throttle House). They are too weak for a car with such power (amazing acceleration) and weight. Another complaint is the yoke steering wheel.

There is no track mode for the Plaid (at least not yet). In standard driving mode, there is a lot of stability control interventions, sometimes too much and you will not get much power in the corners. Mountain Pass Performance reports ton of understeer.

The Tesla Model S Plaid noted a track time of 1:20:52, but it's expected that at at least 5 seconds could be cut by changes. It will be interesting to see the version with new parts and probably new controls within a few months.

Acceleration comparisons with the Ferrari F430 in the later part ended as expected... poor Ferrari. 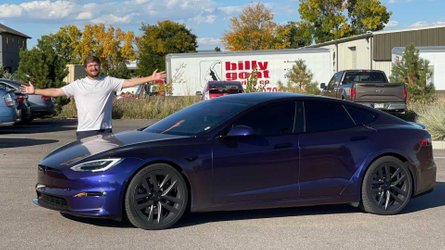 The Tesla Model S Plaid Is Insane: Guess Who Finally Drove It?
⠀ 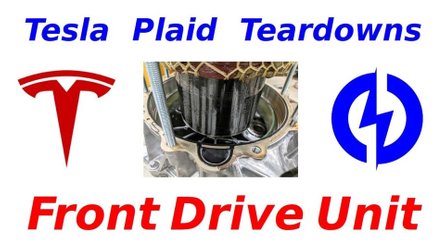 Watch Dissection Of Tesla Model S Plaid Front Drive Unit
By: Mark Kane
++
Got a tip for us? Email: tips@insideevs.com