The first cars are finally being delivered.

According to the latest reports, the first five cars are being handed over at the Tesla Factory in Fremont, California right around now (October 16).

We were waiting since yesterday, when Tesla Motors Club's user sunnyvaletree posted an image with a delivery appointment date. Then, we saw a few Model X ready for customers, and here again posted by sunnyvaletree.

It's happening - the refreshed Tesla Model X has arrived! It was expected, as several Model X were been spotted in the delivery area of the company’s Fremont at the end of September.

Meanwhile, Tesla has posted a new tutorial video about the Model X - "Meet Your Model X - Watch to prepare for your first drive in your Model X." (direct link here). It covers basic stuff, mostly common with the refreshed Model S and already covered in many reviews, but potentially helpful for new users. 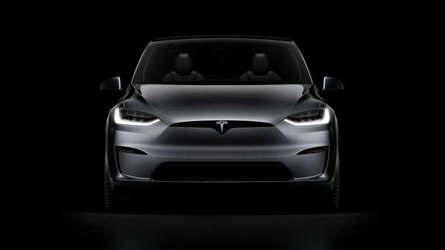 US: Tesla Estimated Delivery Times Extend To Up To 11 Months

Tesla Production And Deliveries Graphed Through Q3 2021
By: Mark Kane
++
Got a tip for us? Email: tips@insideevs.com