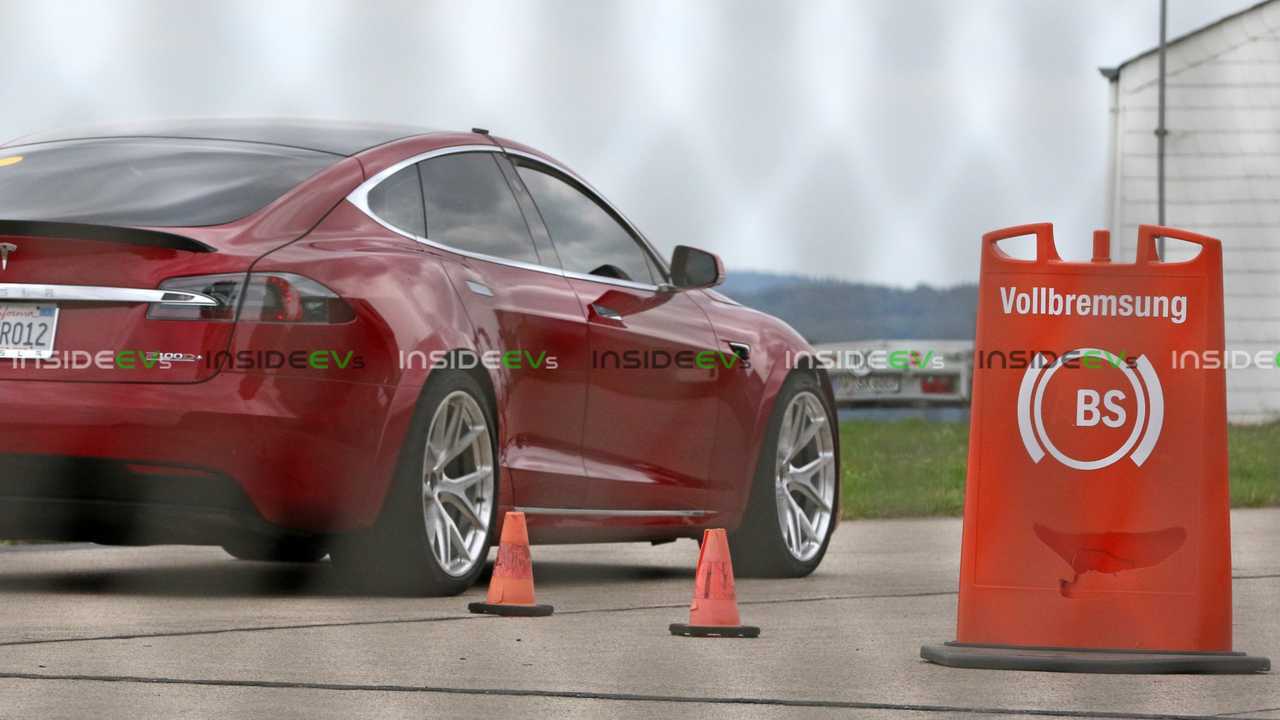 But will the automaker offer this package to consumers? Elon Musk says yes.

We've just seen the first-ever images of a Tesla Model S P100D+, which appears to be a track monster, but will it soon become a version offered to buyers?

When we first laid eyes upon this souped-up version of the Model S, we didn't notice the rear, where badging displays presumably a new model called the Tesla Model S P100D+. The + obviously indicates there's more than just a normal Model S we're seeing here.

Tesla hasn't used the + moniker in years, dating back to the P85. In recent times, the + transitioned to Performance, so Tesla Model S Performance is the top variant sold to buyers today. However, there's room for a + to be added to the lineup and this might be it.

There's no reason to believe that Tesla will sell this version of the Model S, but why not? Just do it, as Nike would say. With Design Studio changes happening seemingly every day Tesla could simply add this P100D+ to the Model S lineup and charge some crazy fee for it, which some buyers would certainly pay to lay claim to the fastest Model S in the world.

Clearly, this Model S is the one that's set to challenge the lap time set by the Porsche Taycan at the Nurburgring, but if Tesla wants to lay claim to the fastest 4-door production EV around the 'Ring, then making this version available to buy would secure the claim.

From us and Nike to Tesla, "Just do it!"