The picture is not wrong, but the speedometer is, according to the sheriff.

Very few people would ever be happy to get a ticket, but Daniel, from the YouTube channel What’s Inside? Family, is among them. He was at the Limitless Supercar Shoot-Out & Car Show, hosted by the Cars 4 Kids Foundation, for the second year in a row. Besides helping Make a Wish kids in Utah, the driver’s goal was to reach the top speed of his Tesla Model X P100D, electronically limited to 163 mph. Not only he got there, but he also got a speeding ticket, as we already mentioned. 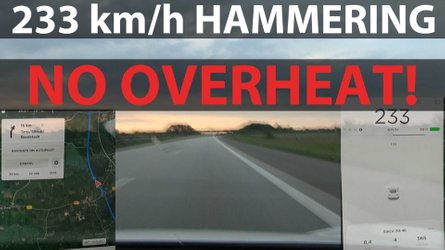 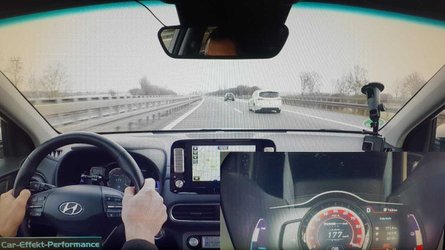 In the video, you can follow all the procedures for the top speed run. Daniel had already tried that in 2018, but his Model X apparently was not fully charged. This time, his car apparently managed to get to 157 mph, even if with its door not fully closed (and making a lot more noise than usual). After he finished his run, a local sheriff gave him a speeding ticket for 163.11 mph. Just for fun, like a trophy, to register the top speed with the “proper” legal warning. Since radars are much more precise than speedometers, Daniel says he believes his car did not register the real speed due to larger 22-inch wheels in his Model X.

Happy with the achieving the top speed of his car, Daniel joked about the cost of the ticket, but it would certainly be lower than the minimum US$ 1,500 he had to pay for two runs at the event. Limitless runs would have cost him US$ 2,500, but there would be no sense in that considering the Model X would need to recharge every single time. Daniel still did not tell how much range was left after the successful run. We will probably have to ask the sheriff one of these days.