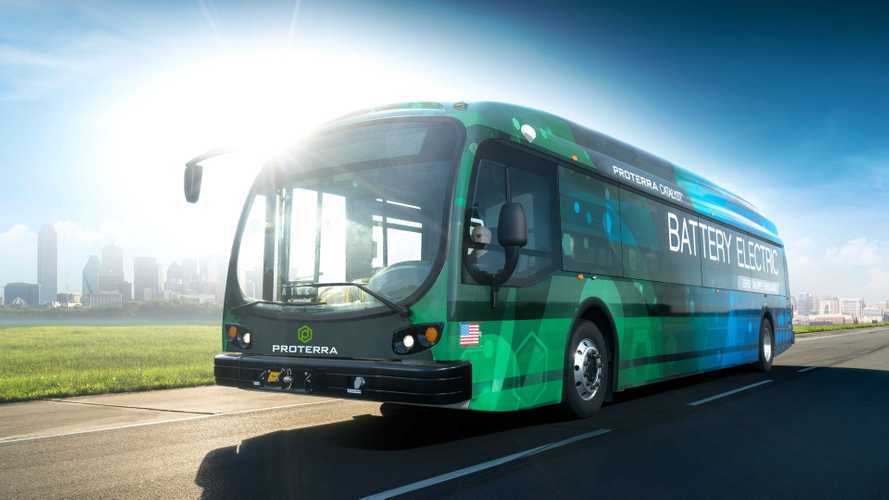 It's the biggest EV fleet at an airport in the U.S. so far (and the first in California), but as the airports are one of the hottest segments in the EV business, soon other airports could expand their EV fleet beyond 10.

"Funded in part by a $5 million zero-emissions grant from the Federal Aviation Administration, the electric buses replace the aging compressed natural gas bus fleet that has been operating at SJC since 2008. The electric bus fleet is anticipated to reduce ozone emissions by 1.1 tons over a 10-year period, which is the equivalent of 50 gas-powered passenger vehicles taken off the roads.

The electric buses are powered by the City’s very own San José Clean Energy source, contributing to the Airport meeting its sustainability goals in conjunction with Climate Smart San José, a City initiative to reduce air pollution, save water, and create a stronger and healthier community."

“Today, we deployed the largest fleet of electric buses at any airport in the country, as we continue to establish ourselves as a leader in combatting climate change. These electric buses can help us significantly reduce costs and greenhouse gas emissions, and represent a step toward our aspiration that an electric engine power every shuttle and bus on San José’s streets.”

“SJC is continuing down a green path of enhancing the sustainability of Airport operations as the buses are powered by the City’s very own San José Clean Energy source. With room for 40 passengers and their luggage onboard, our travelers will enjoy a more comfortable journey between the parking lots and terminals, while having the satisfaction their zero-emissions bus is contributing to cleaner air.”

“We are so proud to see these beautiful California-made electric buses deployed here at San José Airport, running on clean electricity which is generated locally. You can’t get this done without public and private sector innovators that are dedicated to improving their community with electric vehicle technology that has both economic and environmental benefits. We are so grateful to the City of San José and SJC for their leadership and commitment to clean, quiet transportation.”