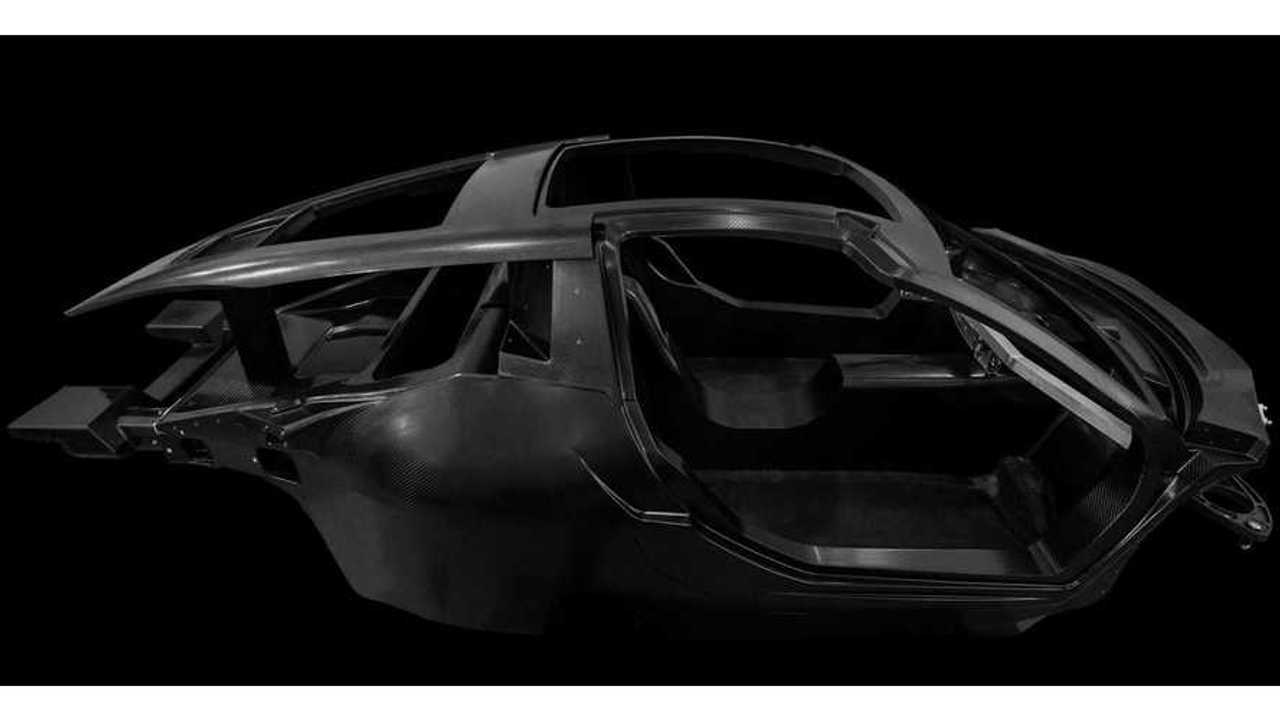 The electric grand tourer appears to have a very curvaceous shape.

Hispano Suiza continues the teaser campaign for Carman, its upcoming electric supercar, by showing off the machine's bare, carbon fiber monocoque. The full debut isn't too far away at the Geneva Motor Show in March.

Mitsubishi To Debut Engelberg Tourer Electric SUV Concept In Geneva
Looking at the monocoque and Hispano Suiza’s previous, shadowy teaser (above) of the Carmen's exterior, there's finally a good idea of what the upcoming model looks like. The model features a rounded shape with individual arches forming the fenders at each end and the roof. Looking at the chassis, the rear deck appears to come to a boat-tail-style point.

The Carman model name comes from Carmen Mateu, a granddaughter of Hispano Suiza’s founder. The company imagines the electric machine as a vehicle mixing performance and luxury into a single package, so expect more of a high-speed grand tourer than a hardcore, corner-carving sports car. The automaker also promises a bounty of technology on board.

Hispano Suiza will use a fully electric powertrain for its new model. The company won't provide many details about the tech yet other than that Barcelona-based QEV Technologies will handle the production and development.

The Carman marks a return of the Hispano Suiza brand. The Spanish firm had its heyday in the early 20th century. In addition to building luxury cars, the firm also produced aircraft engines. The company's innovations included developing an aluminum engine block with steel cylinder liners that created a powerplant that was lighter than contemporaries at the time. The Hispano Suiza last took a tiny step at a return in 2010 when the automaker showed off a highly customized Audi R8 with carbon fiber body panels and electrically driven superchargers for the 5.2-liter V10.