It is hard to be an EV fan and not know a little about the EV1. Whether you were exposed to the EV1 through the 2006 documentary “Who Killed the Electri Car”, or if you have been a fan right from the beginning. I recently had the pleasure of spending the afternoon with John Dabels, the Marketing Director of the EV1. 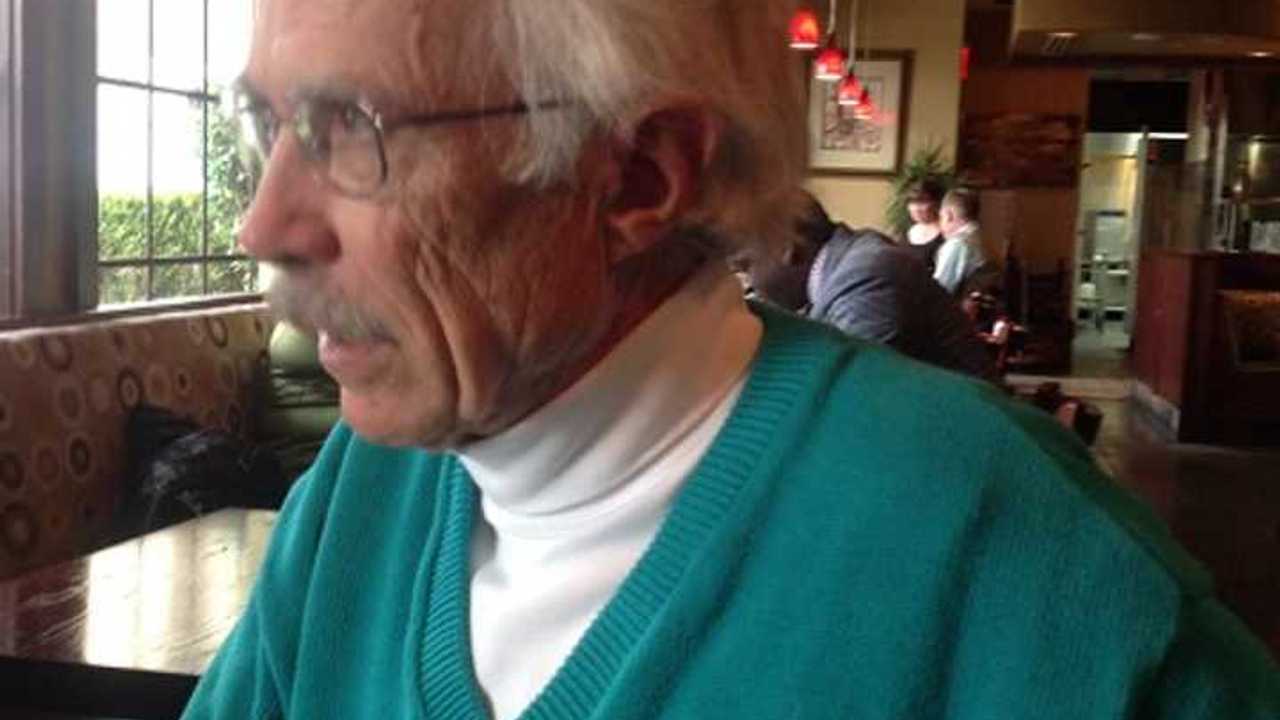 Mark Hovis: Can you tell us a little about your previous experience prior to joining the EV1 program?

John Dabels: I was Director of Marketing at Buick for a number of years prior to heading up the EV1 marketing team. Most people would not think that Buick marketing would be a good training ground. You have to understand something here. We had an inside joke that the median age for a Buick owner was "deceased".

But during the period at Buick, we had a number of breakthroughs. We also set some records, increased market share and reduced the median age.  Buick was the first auto company to use what is called geo-demographic profiling.

Another innovation but one that was highly controversial was an ad for the Buick Regal Grand National.   The GM Board did not get it.  In fact one of the more well-known Board members thought the ballerina was a hooker.  At the same time when we showed the ad to sales reps from dealers and our field staff at a meeting in  Hartford Connecticut, they went wild.  About 45 seconds into the ad, several hundred people  were standing on their chairs cheering.   The ad pointed out a huge difference between generations.  Board members did not understand and were furious and the people who sold cars loved it.  And, yes, I came within a hairs breath of being fired.  But it still a great ad, all these years later.

Ken Baker was program manager.  He also came from Buick.  The interview was brief.  Ken asked  if I would be interested in joining the program.  Doing what, I asked?  He responded, “Develop demand for electric vehicles worldwide.” I asked if he had  any instructions? Ken Baker pushed a blank sheet of paper and said “you go figure it out.”  That was the end of the interview.

Traditional marketing jobs are responsible for overseeing advertising, promotional programs, events, web development and sometimes guidance for product development.  The role at EV1 the job also included public relations and government relations. At the time we were the only staff outside GM corporate to have a separate government relations activity.  This created angst with the group in Washington.

Sam Dellinger: How did this cause angst? 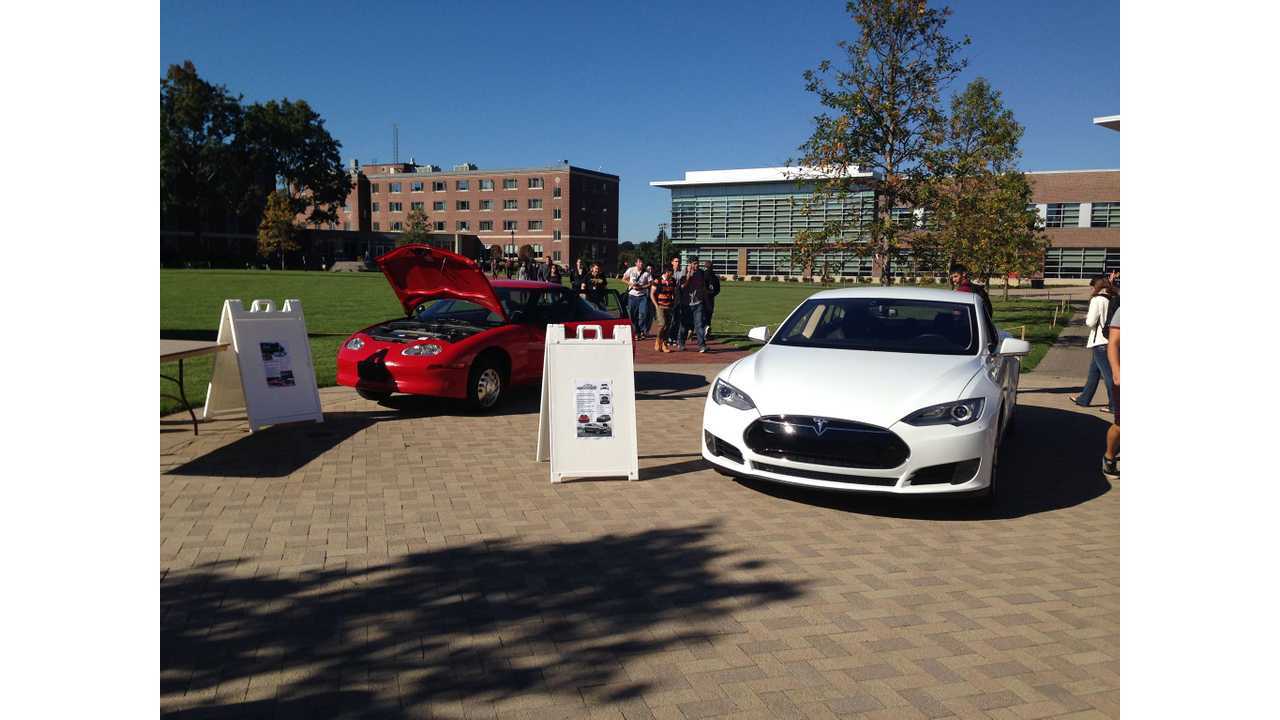 John Dabels: An example.  I recall sitting in the executive dining room at the Tech Center with Chief Environmental lobbyist for GM.  The environmentalist said “Dabels you are my worst enemy. My role is to convince congress and states that environmental laws shouldn’t be implemented and you’re out there proving me wrong.  You need to stop.”  I asked, Do you sign my paycheck? No. That’s right. Our group works for the chairman and until I am told differently that’s what I’m going to do.

Mark Hovis: Tell us how did the specs for EV1 get developed?

John Dabels: That’s a funny story.  The chief engineer , who came out of Chevrolet, had a sign on his office door that read “Do not enter without data”.  So I entered and he exclaimed "Where's your data?" My retort was the last people who owned on-road EV’s were either dead or in nursing homes.  That wasn’t satisfactory.  So I went back to my office, wrote some specs for range, acceleration, and some other criteria.  Those became the benchmarks.

Most of numbers were reasonable  expectations for that size car.  Range was tougher.  Based on some anecdotal data people seemed to view 100 miles range as acceptable but 99 miles as far less so.  Most people don’t come close to driving 50 miles per day but a 100 miles seemed to be the psychological target.   Acceleration for a 2-passenger car needed to be 8-9 seconds, not some slug of 13-14 seconds.  We also wanted to be able to carry golf clubs. Not Rodney Dangerfield’s clubs but two smaller size bags.   That’s how many of the specs were written.

Below: Video primer on GM's EV1

Mark Hovis: What kind of budget did you have to work with?

John Dabels: Buick’s marketing budget in today’s terms was probably $800 million. The  budget at EV1  was a “rounding error” about $6 million.  But to give you an idea the interest in the EV1, over a three-year period our group generated more positive press for GM than the rest of the company combined with our $6 million budget. You can't buy the kind of press we were generating.

Mark Hovis: Do you feel like GM was behind the project when you started and at what point did they lose interest?

John Dabels: Yes. What happened? I can tell you what happened…and it didn’t come out in the movie (Who Killed the Electric Car). What went wrong? 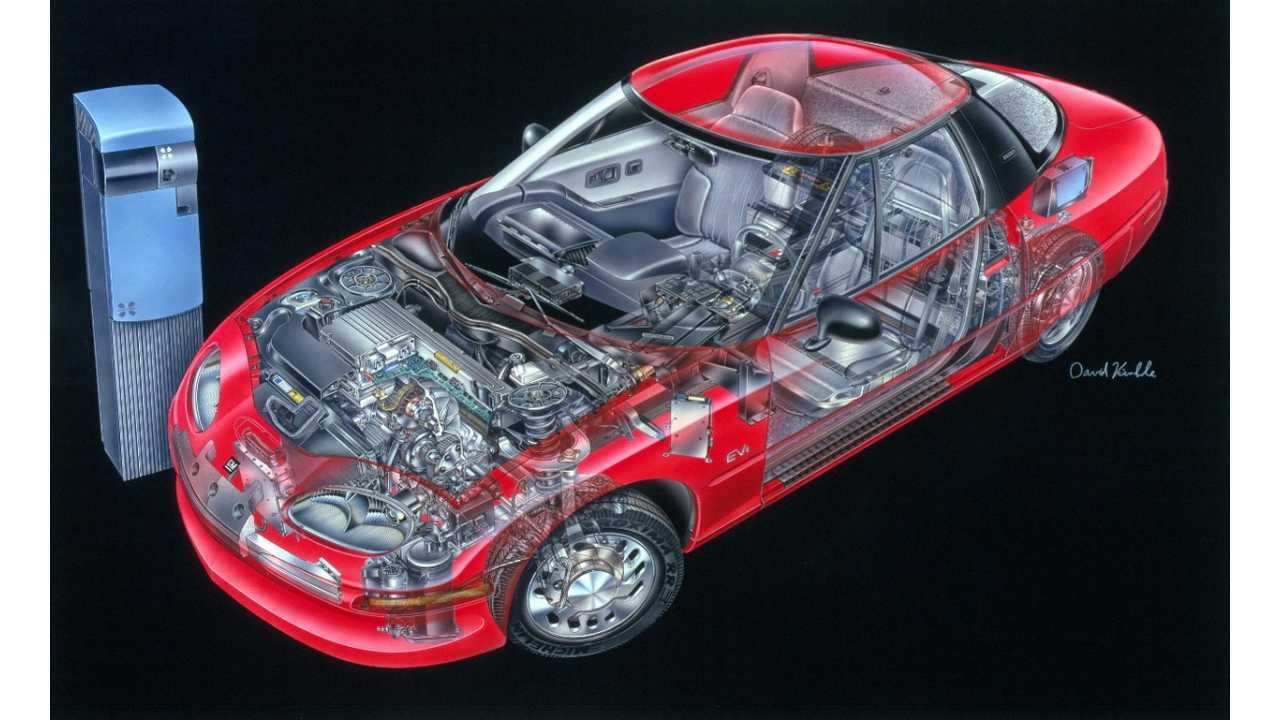 Now a little history leading up to the program that people either don’t understand or don’t want to talk about.  Roger Smith, GM’s chairman and CEO, reorganized GM in early 1980’s. The rationale was to increase profitability.  However, GM had literally printed money from 1929 – 1980.

On the Cadillac  Eldorado, for example, GM  had a variable  profit rate of more than 60 percent.  That’s what I mean by printing money. Then GM staff announced they are going to reorganize and break into two operating groups --  Chevy, Pontiac and GM Canada in one group and Buick, Oldsmobile and Cadillac in another group.  Bob Stempel was to manage the Buick/Olds/Cadillac group.  Bob was a really good engineer for whom I have a lot of respect.  But the reorganization created a lot of confusion and frustration at the divisional level.

The focus changed from building cars and trucks to maximizing earning.  In addition to the reorganization, Roger Smith has GM buy Hughes Aircraft and EDS.  I agree GM needed to consolidate some systems but the EDS fit was not good.  Plus,  Ross Perot is sitting on the board.   So Ross is Ross and he’s been successful.  Some of his points about GM were very good.  But he is such a thorn in Roger’s side that he pays him 700 million to leave.

The final straw was Saturn.  Roger did not think the existing divisions could be effective in competing with imports.  Saturn is like a black hole, sucking up money faster than you can count.  The initial cost is so high it would likely never make any money.

So leading in to the EV1 program you have the combination of the reorganization, money going to buy Hughes and EDS and Saturn, all using profits normally directed toward product development.  And the continued emphasis on cutting costs.  And we wonder why the divisions didn’t support it (EV1)? 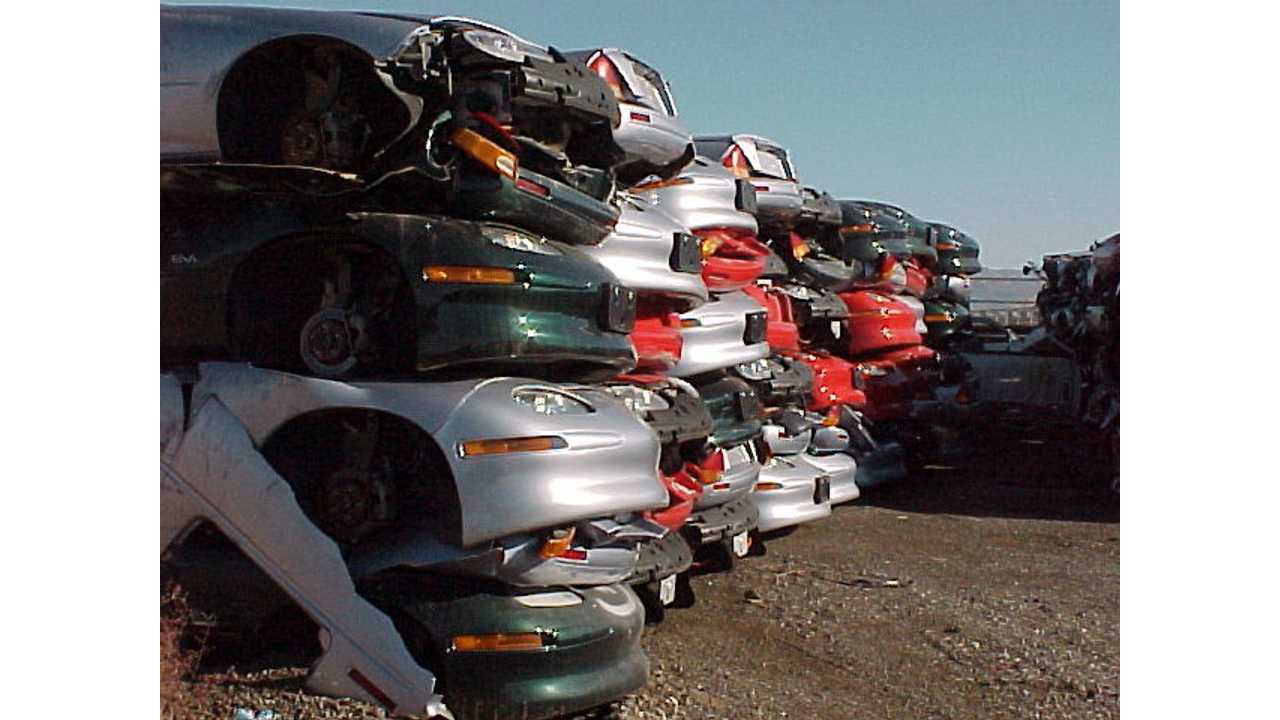 You have a slew of high-volume  midsize cars that are getting long in the tooth now, and are not getting refreshed because supposedly there is no money left.  That’s part of  what happened  to GM in the 80s.  By not putting money into product the GM divisions  lost market share and became a very frustrated group .

In 1990 Roger Smith announces at the LA auto show that GM is going to launch the EV1. This is his last major declaration as CEO and retires. In the meantime, you have starved the division for product development, your market share is going down, you have disgruntled people and then a recession begins. Now GM is  starting to hemorrhage cash. The divisions look at us (EV1) and say, we’ve gone through Hughes, we’ve gone through EDS, we’ve gone through Saturn and now we’ve got the EV1 group  getting preferential treatment.  Were they a little upset?  Yes, and rightfully so.  But what was not explained as a benefit of the EV1 program was all the advanced  electronics that were developed.  Many of the developments  had immediate application in all GM cars.

Mark Hovis: The question that Sam Dellinger and I have which is covered in the film (Who Killed the Electric Car) is how could GM justify crushing the EV1s?