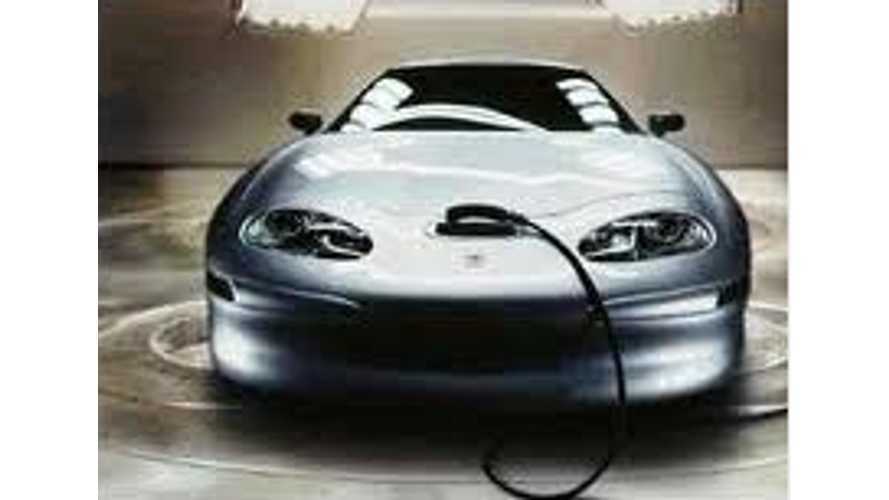 One of the unprecedented things that InsideEVs enjoys is  an above average banter over the articles and reports found here.  After our recent interview with John Dabels, three questions stood out.  So, InsideEVs went back to John Dabels for more information on behalf of our readers.

These were sacrificed to gain LEVs

Mark Hovis: Another issue that seemed to be happening along side of the EV1 program was the zero emissions mandate (ZEV) by the California Air Resource Board (CARB). Our contributors would like to know why did CARB cave?

John Dabels:  A quick history. CARB issued the mandate for ten percent zero emission vehicles in the 1990's and was modified a number of times. Prior to the mandates taking effect, the auto companies initiated a lawsuit to have the mandates overturned. After some period CARB agreed to drop  the mandates.

Because CARB dropped the mandates for ZEVs the perception is, as some readers claim, CARB caved.  But like a lot about EVs, there is more to the story.

A few years later I was asked to join a small group  to help assess what we thought went right and what went wrong in launching EVs. The group included representatives from different countries, academia, the utilities, the auto industry and CARB. During one of the meetings the representative from CARB, a senior official, was asked the same question, "Why did CARB cave on the ZEV mandates? Aren’t you guys disappointed CARB  could not implement the zero emission vehicle mandate?”  The CARB representative said “No we are not. We CARB supported the decision.”

Exactly what the percentage differences were in air quality, I don’t know.  But the proposal by the auto companies improves air quality more.  The proposal is a win for both sides.  CARB is charged with improving air quality in California.  The auto proposal improves air quality more than the ZEV mandate.  Both sides avoid protracted litigation.  I suppose the loser might be EV’s but CARB’s mandate is improving air quality, not introducing EV’s.  From a government policy standpoint, I think it was a good decision. People are elected to office or appointed to positions in government to solve problems. Obviously I can’t speak for CARB but seems to me they did what the people of California charged them to do.

NiMH made it to some  but not for long

Mark Hovis:  There were many questions about Ovonics and why it was sold to Chevron(Texaco).

John Dabels: As for the sale, I can’t answer that. But there is additional information that rounds out the story, and most of it public.   After resigning from GM, Bob Stempel became an advisor to Energy Conversion Devices (aka Ovonics).  In 1995, Mr. Stempel is appointed chairman of ECD.  He held that that position until 2007. (If you have read Part I &II your brain is engaged now)  From the points of view of an investor in ECD and the EV industry, having Stempel as chairman is a great asset.  The founder of ECD, Stan Ovshinsky was a brilliant engineer but not what you would call a great businessman.  With Bob Stempel, the company has significantly more credibility and begins to migrate the nickel-metal-hydride technology from the lab to higher-volume production with more quality control.  Plus, Stempel is a great supporter of and great spokesmen for EV’s.  ECD seemed to be working very hard to become the standard battery for hybrids and EV’s.

John Dabels:  Exactly why the sale I cannot answer.  Look, if you have an investment, need cash and can sell it for a profit, it happens.

Mark Hovis: I realize you had left GM at this point.  What were you doing?”

John Dabels:   Working with Lee Iacocca on the electric bicycle -- eBike. We were trying to build a distribution network for the bikes and expand to begin offering smaller electric cars.  We were in regular contact with Bob Stempel and ECD.  Rest assured ECD was seeking all types of applications for the NiMH battery.  There was no indication whatsoever of not making the technology successful

Not your typical auto brochure

Mark Hovis: One more topic . Some of our contributors would like an explanation to what we affectionately refer to as the “alien commercial."

John Dabels: I wish I could take credit for it, but I can’t.  Came after I left.  I like the commercial.  Plus, the fact people are still taking about it more than 15 years later is an indication the commercial had an impact…pun intended. I will share another EV1 marketing gem.

Controversial advertising for the EV1 started early on.  One of the first controversies was selection of the manager for advertising.  I am reluctant to cite names because I am not sure who wants to stay in the background.

I first met the ad manager while we were interviewing at Princeton for a summer intern.  She came to Buick for the summer and brought a very interesting and insightful perspective to advertising.  After graduating from Princeton, she worked for Saturn for a few years.  Then we recruited her to the EV1 program.   The hire was controversial because of her background – what can a history major know about advertising – and her age – much younger than anyone in a similar position.

One of the first ad programs for EV1 was a brochure.  But her idea was not just any brochure.  Her idea was to combine the environment with some American history.  A marketing innovation was being able to use the work of  Robert Frost in a commercial campaign.  As far as I know that was the first time the Robert Frost Foundation had given such approval.

UPDATE (06/06/2014):  Terrell Orum Moore contacted us with a correction about the origins of the brochure.  The Buick manager in question apparently had the final approval on the hand-out, but was actually developed, designed and printed my Mr. Moore through his ad agency (which John hired).  He notes that in the final approval "changed two words."

The brochure was embossed on the outside with a profile of the vehicle.  On the various pages there were parts of Frost’s poems that reinforced the tone we were trying to set with the EV1.    I also need to mention we got a lot of support from McCann-Erickson.  I had worked with McCann at Buick and they assigned top-notch people to the EV1.  And yes, we stayed within budget.

We distributed the brochure at conferences and for those people who contacted the program.  Hard to think about it now, but we started when Internet was still in its infancy.  We hired a firm – Trio Communications – to help manage the calls.   If you wrote or called the 800#, you would get a letter back  about your topic.  The letter was on my executive stationery.  I hand-signed every one of those letters– with a fountain pen – plus usually wrote notes in the margin.  Over a three year period, I signed twenty five thousand letters.  Here we are twenty years later.  On occasion I will be in  someone’s office and they will pull out the letter and the brochure.  Stop and think about it, how often do people hang on to brochures and letters?  I am still amazed at the support for that program.

Mark, thanks for making the effort to help round out the story of EV1.  Hope the readers have a better understanding of some of the decisions

Mark Hovis: The comment that I have heard over and over was for the appreciation of how much today’s Chevy Volt and the EV industry at large benefited from the EV1.  We still argue over terminology and the charging connection standards of which I can’t help but grin over the inductive charging paddle of the EV1. Somehow I get the feeling that chapter isn’t over either.

John Dabels: I still think that it was as much education as anything else and Musk, good bad or whatever you think of Elon, is certainly out there promoting it and making people think.

So to my choice of article imagery? For me,  EV1 shares a thing or two with Gene Roddenberry’s creation. Gene started with a five year mission that syndication scrapped after year two. Gene worked on a shoe string of a budget, but those who were inspired by his vision would not let it die. A decade after its death (Star Trek) it surfaced once more and we would never be the same again. So may be the legacy of the EV1