Seamless EV Charging Is Catching On In North America

Electric vehicles are often compared to mobile phones. Among other similarities, both devices depend on a stack of interdependent hardware, software and services, and both need to be plugged in and charged after use, normally in the evening. 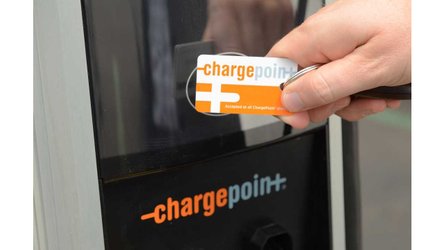 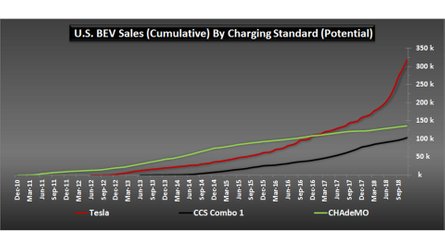 Above: A Tesla Model X does some public charging at a Greenlots charging point in Ohio (Source: Greenlots)

A critical step in creating today’s mobile phone ecosystem was the development of roaming - a seamless handover from one service provider to another, invisible to the consumer. An analogous system is gradually coming into existence to handle EV charging. Public chargers are operated by a patchwork of operators around the world, and drivers need to be able to use the nearest and most convenient charging stations, without worrying about setting up multiple accounts or carrying around multiple access cards.

Above: A look at how Chargepoint is becoming an integral part of workplace charging at forward-thinking companies like Adobe (Youtube: Chargepoint)

The new roaming agreement is based on the Open Charge Point Interface (OCPI), part of an open application protocol that allows charging stations and central management systems from different vendors to communicate with each other - in much the same way that cell phone networks do.

“This once-fragmented industry is building momentum towards true driver interoperability thanks to adoption of standards like OCPI that are beneficial to drivers, automakers, grid operators and charging infrastructure providers,” said Lin-Zhuang Khoo, Senior VP, Greenlots. “What’s particularly encouraging about this positive trend is that it is happening in advance of major policy changes or other external forces - a sign that the EV charging market is maturing in concert with surging customer demand for EVs.”

“For more than a decade, ChargePoint has worked to create an open and accessible network that enables drivers to enjoy an effortless charging experience,” said Michael Hughes, Chief Commercial and Revenue Officer of ChargePoint. “We invite other networks to join us in similar partnerships as we seek to make EV charging ubiquitous.”