Back in 2014, when Tesla chose Nevada as the site for the unprecedented Gigafactory, the state sweetened the deal with a package of tax abatements worth some $1.3 billion. Naturally, the naysayers nattered about a “government giveaway,” but the incentives came with strings attached - Tesla promised to meet certain targets in terms of investment and jobs. 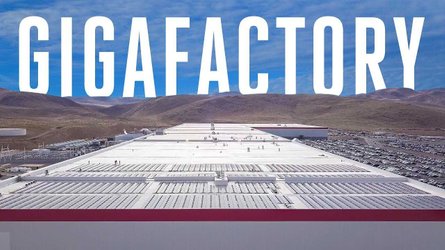 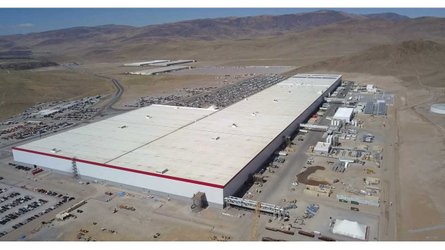 Above: A look outside Tesla's Gigafactory in Sparks, Nevada (Image: Tesla)

Now, two years after the Tesla Gigafactory opened, an economic impact report has found that Tesla has already met or exceeded most of the projected economic benefits, bringing more than 7,000 jobs and $6 billion in capital investment to the state.

“The promises made have been promises kept,” Derek Armstrong, Deputy Director of the Governor’s Office of Economic Development, which released the report, told the Las Vegas Review-Journal. “We’re extremely happy to see what they’ve done so far.”

Tesla Gigafactory 1, located east of Reno in Storey County, was originally projected to have 6,500 employees by 2018. According to the new report, the head count was 7,059 as of June 30. Ninety-three percent of these workers are from Nevada, and 4,247 are “qualified employees” who have been employed for at least three consecutive months and work for an average minimum of 30 hours per week. Average wages for the employees are $25.78 per hour, just a little short of the projected $27.35 - the only one of the targets listed in the report that Tesla has not yet reached.

Construction of the massive Tesla Gigafactory created 17,000 direct construction jobs and 7,900 indirect jobs in Washoe and Storey Counties between 2015 and 2018 - again surpassing projections. The report estimates the total economic impact of construction at $3.23 billion, $843 million higher than projected.

Above: Tesla's Model 3 in the Gigafactory lobby (Image: Motor Trend)

As of June, Tesla had brought $6.05 billion in capital investment to the state, blowing past the projection of $4.95 billion.

According to the report, Tesla has “permanently changed the economic landscape of the area,” as its workers generate demand for housing, retail and other services, and other companies are inspired to open facilities in the area. The combined population of Storey, Washoe and Lyon counties grew by about 25,500 people between 2014 and 2017. Other tech companies such as Switch, jet.com and Blockchains have chosen to locate in the region, in part due to the “increased visibility that Tesla created, and the infrastructure investment the company has brought about,” according to the report.

“This really shows the economic diversification for Northern Nevada in that it’s moved from just being a service-based economy with a lot of reliance on the hotel and casino industry,” Armstrong said. “Now, we have an emerging advanced manufacturing component.”

Even when it comes to tax revenue, the Gig is turning out to be a big winner for the state. While Tesla itself will not pay personal property, real property or modified business taxes until 2024, and is excused from sales and use taxes until 2034, the new transportation and utility infrastructure, as well as employee spending, has generated plenty of new revenue from sales and property taxes. Gigafactory employees accounted for $57.7 million in total tax revenue in 2018. This figure was projected to be between $42.9 million and $81.8 million.

“This is an example of how incentive programs have been put to work and work really well,” Armstrong says, adding that he expects Tesla’s momentum to continue. “We’re a third of the way through the process. What they’re doing now is just going to get greater later.”