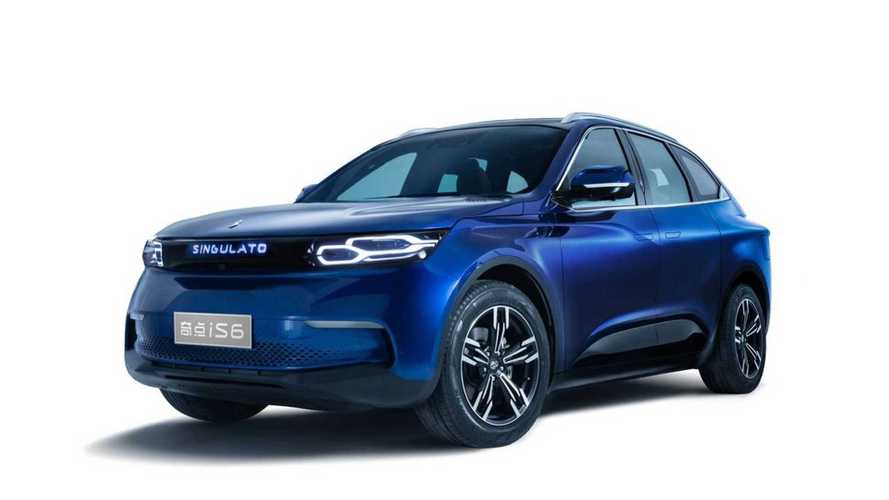 It’s nearly impossible to keep a track of all new cars coming out in China as there seems to be a new one launching virtually every day while the number of sub-brands is also on a rise.

What is Singulato you ask? It’s a brand belonging to Chinese startup Zhiche Auto, founded in 2014 and headquartered in Beijing. Following the unveiling of a concept a while ago, Singulato introduced at the domestic auto show the iS6, a fully electric and rather interesting production crossover featuring minivan cues.

With scissor doors and pop-out handles, this isn’t your ordinary CUV. It also looks quite interesting thanks to its continuous rear brake light, while the headlights might make you think of a Range Rover. At 4.9 meters (193 inches) long, the iS6 is quite large and comes with a generous wheelbase stretching at 2.96 meters (116.5 inches).

Things get even more interesting once you hop inside the cabin where you will be immediately greeted by the gigantic infotainment system. Measuring 15.6 inches, the touchscreen swivels so it can be used in both portrait and landscape modes. Fully digital, the driver’s display has a 12.3-inch diagonal and is supplemented by a 16.4-inch head-up display, which although huge, it still pales in comparison to the Lexus LS’ 24-inch HUD.

The Singulato iS6 packs two electric motors providing a combined output of 349 horsepower (260 kilowatts) and an instant torque of 428 pound-feet (580 Newton-meters) of torque. In the New European Driving Cycle (NEDC), the zero-emissions CUV will cover up to 249 miles (400 kilometers) between charges.

Available with either five or seven seats, the Singulato iS6 packs a whopping 12 USB ports and is loaded with level 2 autonomous technology (level 3 coming late this year). Besides the scissor doors, another common trait shared with Rolls-Royce is the door-mounted umbrella, which by the way you’ll also find in a Skoda Superb.

The iS6 will be followed by a proper MPV that will go by the name of iM8 and is going to be launched before the end of the decade.