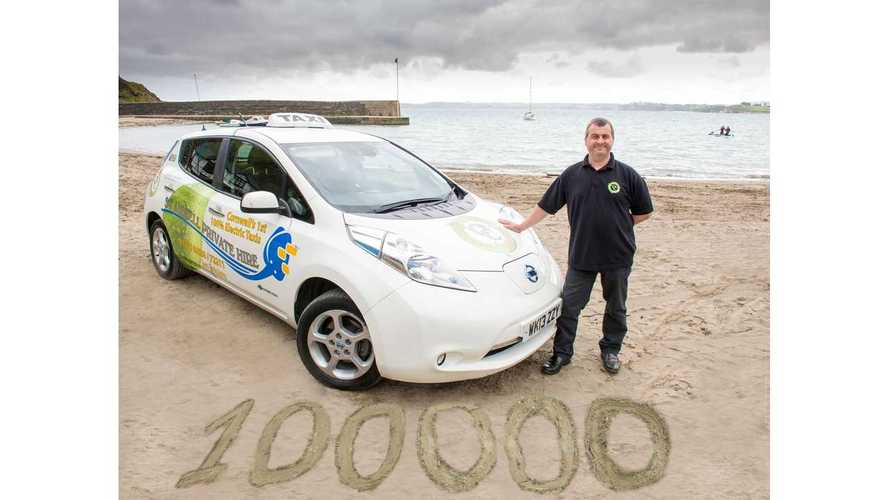 Everyone who comes to check this story to see real-world battery capacity health probably will be a little disappointed, as Nissan nor C&C Taxis didn't reveal the numbers.

Nissan did say that Wizzy didn't lose a single bar of battery life, which in theory would mean the battery is at least above 85%.

In total, Wizzy counted over 25,000 pure electric paying fares and over 1,700 quick charges. Not bad.

"The distance it's covered since entering service in July 2013 is equivalent to 100 round trips from the company's base in Cornwall to Glasgow, more than four times around the world or almost half the distance to the moon.

But, despite living the same punishing life as any modern day taxi, Wizzy retains near full battery health and, incredibly, is still on its first set of brake pads.

Mark Richards, Fleet Manager at C&C Taxis, estimates that each vehicle saves the business around £8,500 per year in fuel bills and maintenance costs."

"When we speak to other taxi operators they often tell us range and battery life are the biggest factors preventing them from considering an electric taxi."

"Then, when we tell them Wizzy's done 100,000 miles and still has full battery health, they're left speechless."

"It's no exaggeration to say Wizzy has transformed our business."

"We took a gamble when we bought her but she'll have paid for herself in just 24 months and the savings we're now making across the fleet are phenomenal."