Today, by the way of checking the prices of Tesla cars, we came across a strange thing. It seems that the Tesla Model S Plaid+ appears to be no longer selectable in Tesla's online design studio.

***UPDATE: We've been informed that an mail from Tesla to its stores yesterday advised that Plaid+ is "no longer an option for ordering," due to "long lead times." Tesla stores expect to begin deliveries of the "non-plus" Model S Plaid next month after the initial delivery event.

Once you hover the mouse over the top-of-the-line Plaid+ version (shown on a gray field), the cursor turns into a 'no entry' sign and it can't be selected.

Does it mean that Tesla is no longer taking orders/reservations for the Plaid+ version, which was already delayed until mid-2022, after a price bump in March? 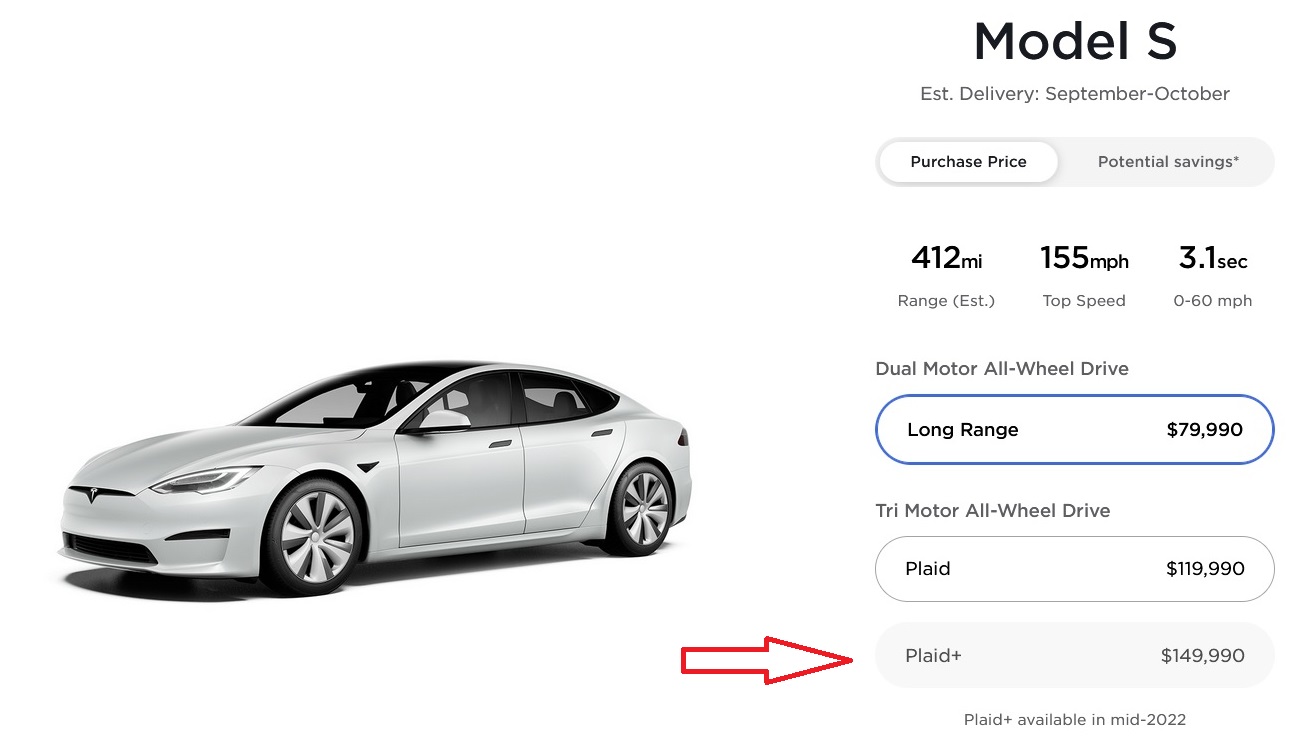 We know that the tri-motor Plaid version will be launched (after a delay) soon with the first customer deliveries on June 3. The dual-motor Long Range version will follow after that.

It's difficult to say anything, but maybe the availability of the more energy-dense batteries for the Plaid+ are not yet ready for prime time? There might be other difficulties as well.