According to Tesla's online design studio, prices of the non-performance version of the Model 3 and Model Y in the U.S. increased again.

It's another price bump in just a short amount of time (see more reports on Tesla prices here), most of the time by a step of $500, which is so consistent that it almost looks like it's planned to gradually achieve some certain level. 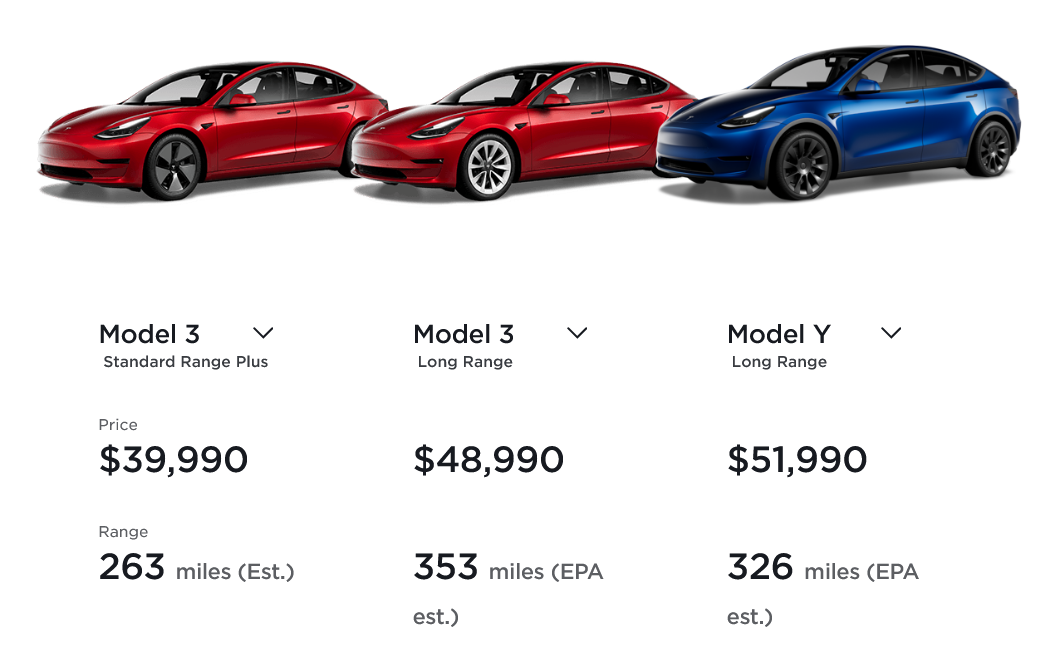 Because Tesla EVs are not eligible for the $7,500 federal tax credit, and we have to include the destination charge of $1,200, it turns out that the absolute minimum that one must pay to buy a new Tesla is $41,190.

We don't know the reasons why non-performance versions of Tesla Model 3 and Model Y are getting more and more expensive. Normally, the price is a combination of demand and costs. Some say that Tesla is preparing for the upcoming re-introduction of a federal tax credit - a new formula that would include also manufacturers, which are no longer eligible (like Tesla and GM).

Prices of the Model S and Model X have remained at the same level since March.

Europe: Volkswagen ID.4 GTX Is Now Available To Order
By: Mark Kane
++
++
Got a tip for us? Email: tips@insideevs.com