All-electric LFSe+ buses will be used by the Milwaukee County Transit System.

Nova Bus (a subsidiary of Volvo Buses) announced its first electric bus order in the U.S. It's for 15 LFSe+ electric buses with a range of up to 247 miles (397 km) on a single charge.

The vehicles were ordered by the Milwaukee County Transit System (MCTS), which is the largest transit agency in Wisconsin and primary transit provider for Milwaukee County.

With a fleet of 370 diesel buses, the MCTS is just starting the electrification process. The vehicles are expected to arrive in Milwaukee in Summer 2022.

The first 11 buses will run exclusively on the upcoming East-West Bus Rapid Transit (BRT) line, while the remaining four will be used along regular routes. Charging will take place at MCTS’s maintenance garages and at designated charging stations along the BRT route, which first have to be built starting in Spring 2021. The revenue service of BRT is scheduled for Fall 2022.

"The nine-mile East-West BRT, which is a first-of-its-kind undertaking in the Badger State, will allow MCTS to better connect major employment, education and recreation destinations through downtown Milwaukee, Marquette University, Milwaukee’s Near West Side, Wauwatosa and the Milwaukee Regional Medical Center.

We guess that the buses will use SAE J3105 OppCharge (Panto up) system, which allows for charging at up to 450 kW to replenish 35 kWh in 6 minutes.

According to Nova Bus LFSe+ specs, the vehicles can be equipped with a battery pack of up to 564 kWh. The 200 kW propulsion is supplied by BAE Systems. The specs vary between the orders. 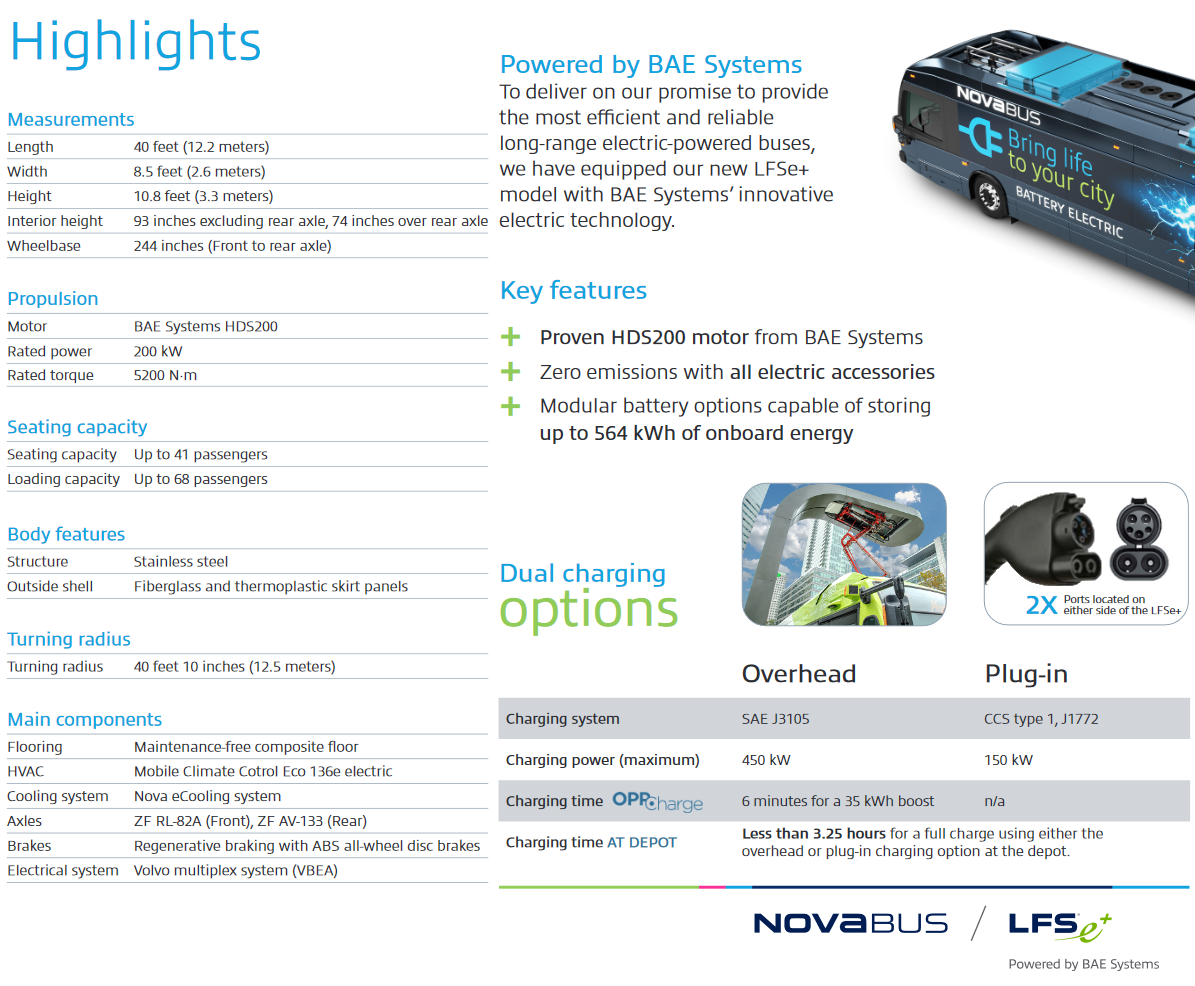