Here is one of the most interesting presentations of the all-electric Mercedes-Benz eCitaro bus version equipped with the optional solid-state batteries (SSB). The default option is NCM chemistry.

The eCitaro uses Lithium Metal Polymer (LMP), which have been offered by Bolloré's subsidiary Blue Solutions since 2012.

Those are not the ultimate solid-state batteries on which the industry is working, as they are high-temperature ones that operate at temperatures between 50°C and 80°C.

Their advantage is relatively good energy density, no need for cooling and long cycle life, but there are also serious drawbacks like the necessity to keep the temperature high (heat the battery or use it constantly) as well as low power output (including charging at up to only 0.2C / five hours).

Earlier this year, the SSB-powered buses even noted its first recall.

The bus has a total of seven individual packs (63 kWh each) and a total capacity of 441 kWh. They weigh about 3.15 tons (including 2.5 tons on the roof). The overall energy density on the pack level is 140 Wh/kg so nothing special. Only DC charging option is implemented as there is no on-board charger, but the power is limited to 88 kW (0.2C).

We guess that the cost must be attractive, because with such specs it would be difficult to compete with other chemistries.

The Mercedes-Benz eCitaro is equipped with ZF-AVE 130 electric axle (2x 125 kW), implemented also in a number of other buses and trucks.

During the demo ride, Bjørn Nyland notes that the ride and noise quality might be slightly better than in some of the BYD buses in Norway (but those could be the early ones).

So far, Mercedes-Benz has sold hundreds of electric Citaro (delivered or ordered) and is gradually expanding its EV offer. 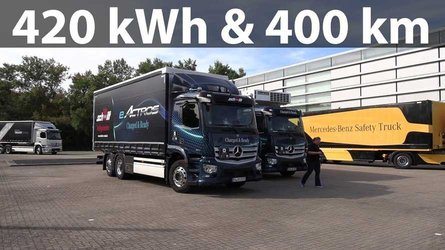 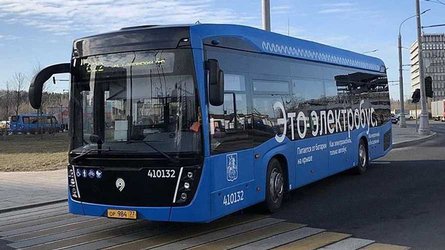