It will have the best Nurburgring track time of any production car ever.

As expected, after all the Battery Day details were wrapped up, Tesla CEO Elon Musk moved on to reveal specs for the upcoming Tesla Model S Plaid. It's already available to order as we speak, and it will launch in late 2021, which is a delay from earlier plans for a 2020 launch.

The tri-motor all-wheel-drive Model S Plaid will have a whopping 520 miles of range, a top speed of 200 mph, a sub-9-second quarter-mile time, and a sub-2-second zero-to-60-mph time. Musk said it will set records at Nürburgring. In fact, he said it will have the quickest track time of any production car ever. It has already achieved a 1:30.3 time at Laguna Seca, and that's before some upcoming tweaks. The Lucid Air did it in 1:33 to beat the Model S Plaid's previous 1:36:55.

Tesla tweeted out a few videos of the Model S Plaid after Battery Day. 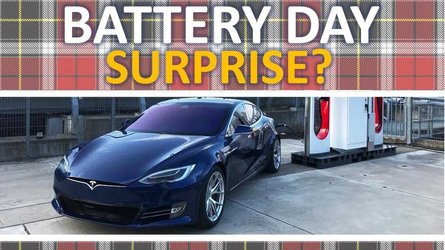 Tesla Model S Plaid: Could It Be The Biggest Tesla Battery Day Surprise? 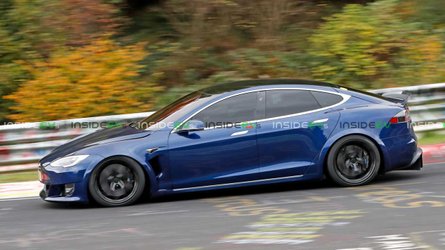 6 Photos
By: Steven Loveday
++
++
Got a tip for us? Email: tips@insideevs.com