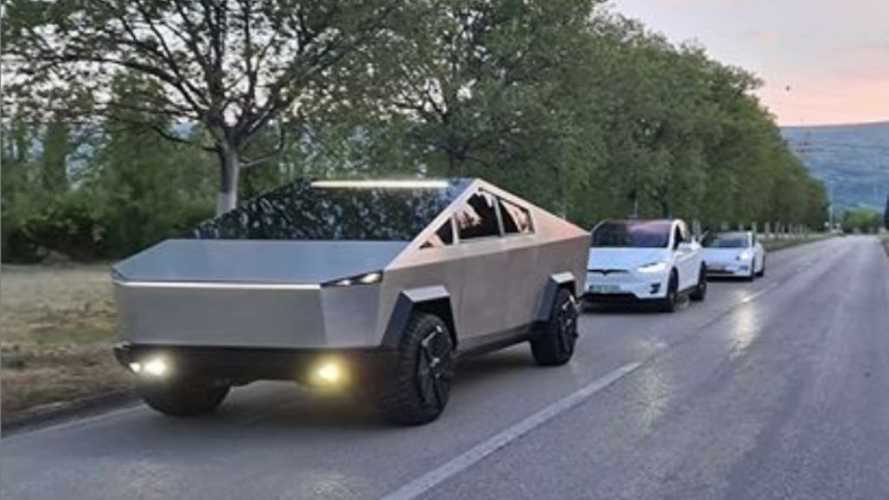 It not only looks believable from the outside, but its builders went to great lengths to get the interior up to snuff too.

One Tesla fan from Croatia (or possibly Bosnia & Herzegovina) has created what has to be the most believable full-size Cybertruck replica we’ve seen so far. However, it is not actually an electric truck - we reached out to the person who ordered it and he revealed it’s actually a Ford Raptor underneath.

Now there have been other fairly accurate life-sized Tesla Cybertruck replicas made, but where they all fell short was when it came to their interior. This one, though, has a very believable interior - it’s not so much a replica of what Tesla showed, but a reinterpretation in the same style, along the same lines.

And it really works, right down to the seat and steering wheel designs that just fit the overall theme. Its builders will apparently be releasing a video detailing its building process, but as of right now all we can see is the finished truck, which is fine, because the result looks really good.

Attack Of The Clones: Check Out These Tesla Cybertruck Replicas
⠀

The level of attention that has gone into this build really shows just how big an impact the Cybertruck had on the automotive world. What was the last vehicle that you know of that inspired so many people from all around the world to try to imitate it?