If you don't have a dashcam, who knows what may be happening when you valet your car.

This Tesla Model S was taken out for a joy ride by a valet. Fortunately, the entire event was caught on TeslaCam (Tesla's built-in dashcam feature that relies on Autopilot cameras). Unfortunately, the car is wrecked, and the owner may have been able to avoid it.

As it turns out, the valet driver just had to check out the Tesla's new Cheetah Mode launch feature. And, as you can see, he did just that and ended up in a situation he couldn't handle, which resulted in going airborne. The video, originally posted on Reddit by kingbabyy is entitled "Whole video of valet joyride in Tesla cut short @ La Cantera Resort." However, it appears it was reposted by others, stolen by other websites, and then removed. 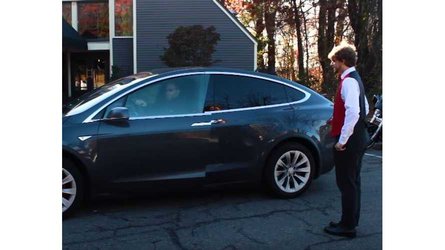 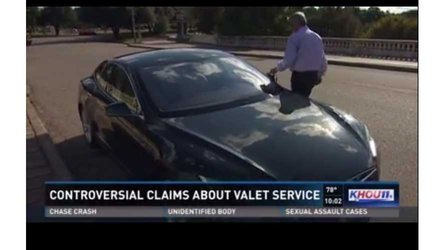 In addition to the video of the valet driver crashing the Tesla Model S, there are also links to a video of the damage that was posted on Imgur, as well as photos of the damaged Model S. We don't have permission to share the Reddit video or the Imgur posts, but you can follow all of the links to check them out for yourself. In addition, we have a few social media posts related to the crash embedded below.

While TeslaCam did help let the owner know what happened here, it's important to educate Tesla owners about Valet Mode, which is a feature that is common in other cars too. If the owner had engaged Valet Mode, this may not have happened since it limits the car's acceleration.