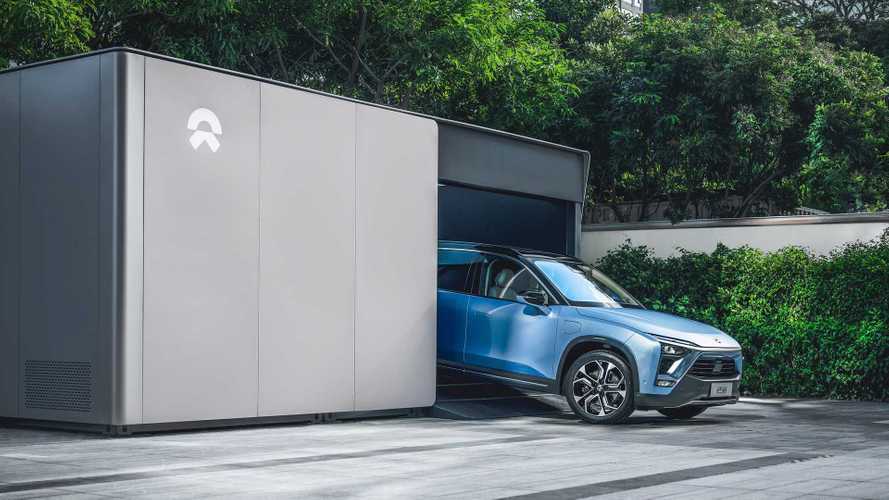 The battery swap stations were used half a million times within two years.

The first NIO Power battery swap station was opened on May 20, 2018 so it's basically two years. For comparison, the number of cumulative NIO car sales are over 38,900. 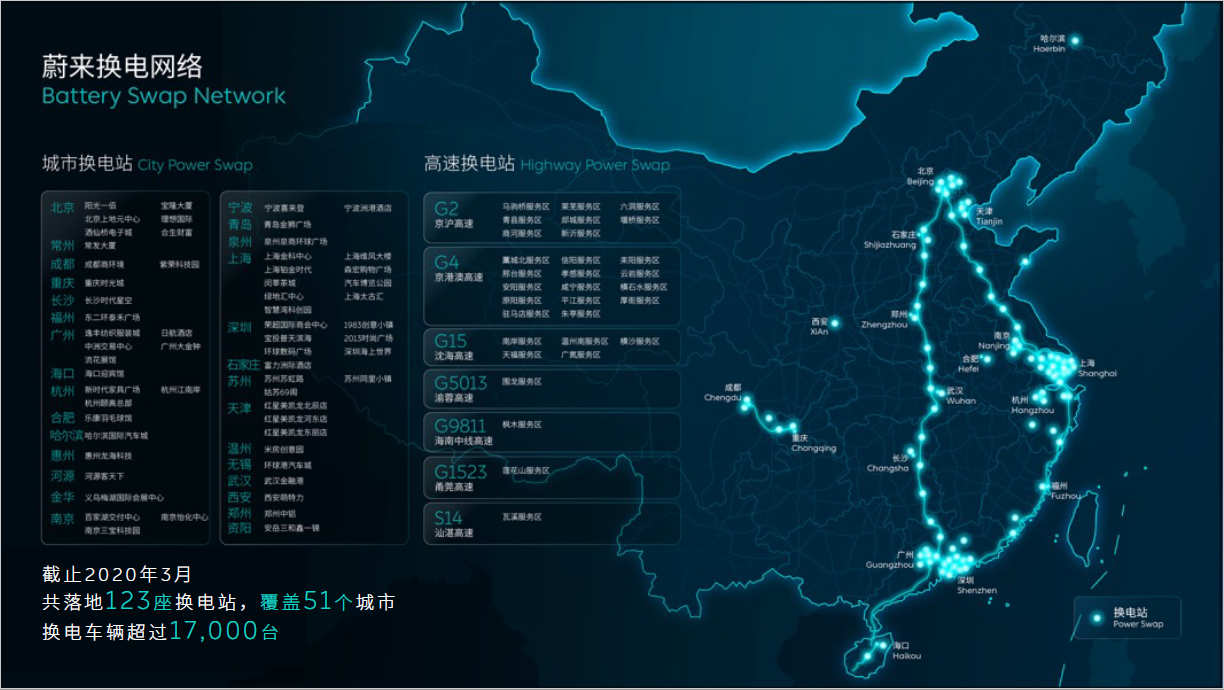 According to NIO, battery swapping is the most well-received power service.

"Power Swap is at the core of NIO’s “chargeable, swappable, upgradable” user experience, alongside a comprehensive battery and vehicle e-powertrain inspection. The infrastructure also enables users to continuously enjoy the benefits of the development of battery technology, with the ease of upgrading to a higher capacity and better performance simply through swapping."

Renault Gets Back With Battery Swapping With The Morphoz Concept
⠀

How NIO Changed My Mind On EV Battery Swapping

China Outlines Cut Of EV Subsidies By The End Of 2022

Not all of the close to 40,000 NIO drivers are using battery swap - some did not need to use it, while others might be in areas without battery swap stations. According to data from March, 48.7% of all cars sold at least once used the station: 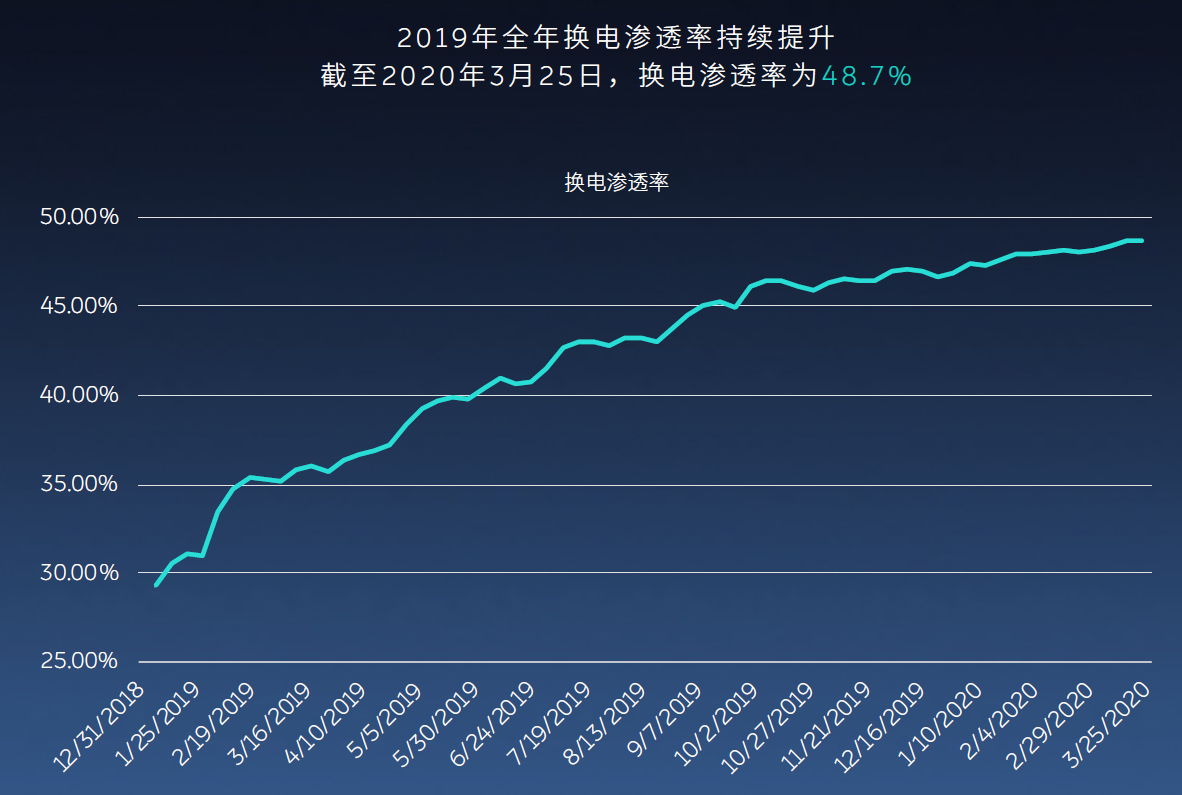 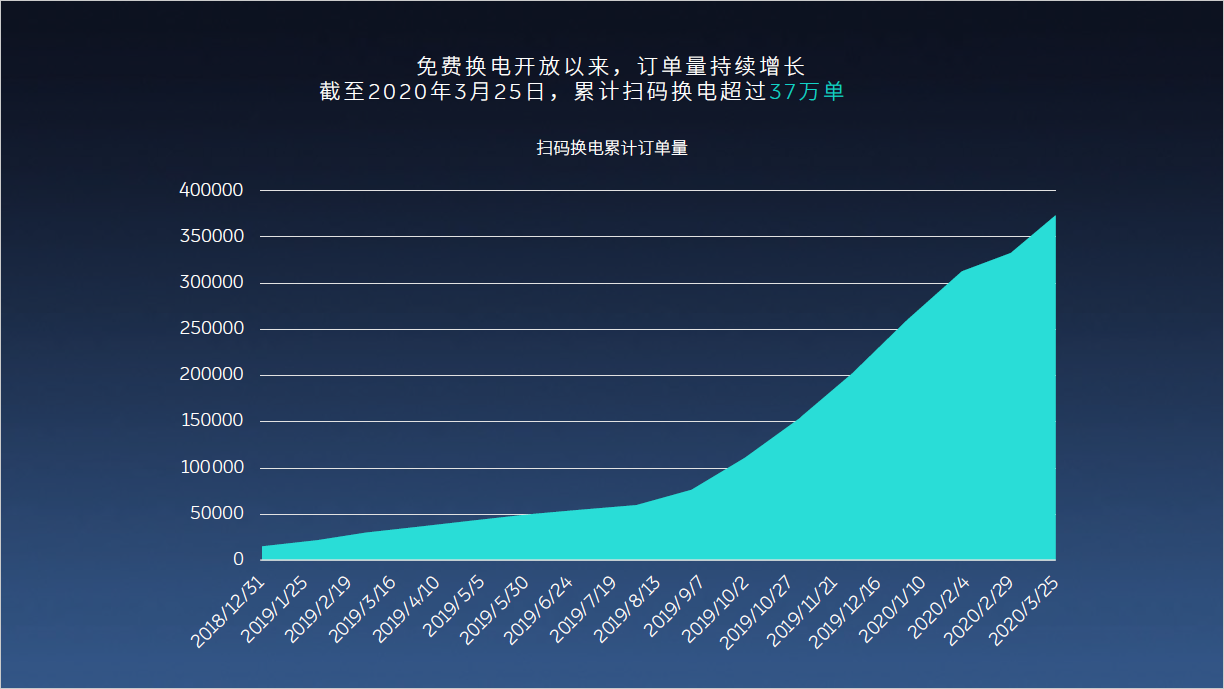 All NIO vehicles are enabled to use the swap stations and the station offers both pack capacities - 70 kWh and 84 kWh. Soon there will be also a 100 kWh pack option.

NIO is also developing and 2nd generation of battery swap stations, which will not require the vehicles to be lifted up. It should be simpler, more reliable and cheaper, as well as save time for users.

InsideEVs had the opportunity to try out NIO's battery swap stations in Beijing last December. We had an NIO ES6 to drive around for two days and used the battery swap twice. We recorded one of the sessions and have the video here for viewing. As you can see, it took less than six minutes to complete the entire process. However, when we arrived, there wasn't another car having its battery swapped, so we went immediately into the swapping bay. It would have taken longer if we had to wait in a queue, which does happen from time to time. NIO encourages its customers to schedule the battery swapping, so you are assured of a set time, and won't have to wait for other cars that may have arrived before you.

An important thing about the battery swap station today is that cars designed for the battery swap are eligible for EV subsidies in China, regardless of their price (no RMB 300,000 price cap).

"With the announcement of a new national subsidy policy on April 23 this year that new energy vehicles with battery swap technology can continue to enjoy subsidies from 2020 to 2022, the confidence in NIO’s technological direction and business model has been reinforced."