Renault Gets Back With Battery Swapping With The Morphoz Concept

What “better place” to have that technology than in an SUV?

Renault once seemed to champion the idea of battery swapping for the future of electric cars. It was the primary partner for Better Place, an Israeli company that wanted to make electric mobility more practical and ended up bankrupt in 2013. Apparently, Renault still believes in the idea, as it makes it clear with the Morphoz concept you can see in the video above. 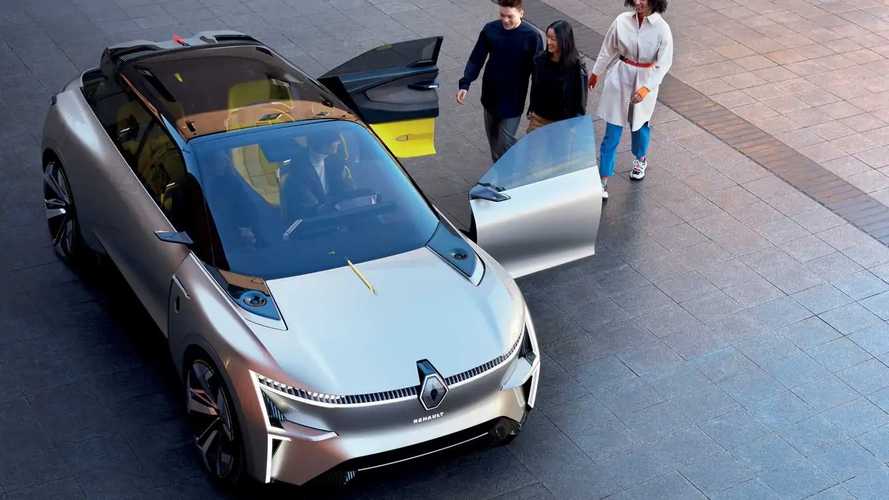 The Morphoz was supposed to be one of the stars at the 2020 Geneva Motor Show, but the coronavirus ruined the Swiss party even before it began. Regardless, Renault had already presented the vehicle to some media outlets with an embargo. It decided to release the info to all the press on March 2.

If you don’t remember Better Place, here’s a video that can explain that pioneer technology.

The Morphoz adopts a hybrid approach to that, so to speak. Instead of swapping its entire battery pack, it retains the one it already has, with 40 kWh of capacity, and extends the front end to accommodate a larger one, with 50 kWh. That makes it go from 400 km of range in City mode, with the original battery pack, to 700 km, with the new one.

That would show how much the extra weight and the use of EVs on highways affect range if it was not for an interesting detail: the Morphoz gets more powerful for road use. Instead of 100 kW from its front electric motor, it gets 160 kW with the added battery pack. That is probably an electronic limitation that the 50 kWh battery pack unleashes.

The name of the concept comes precisely from this “travel extender” ability: it can morph into a larger vehicle to have a larger battery pack for long trips. More precisely, the Morphoz goes from 4.40 m in length to 4.80 m, a 40 cm difference.

Renault claims that makes the vehicle roomier, and it is interesting to realize how this happens. Only the front end moves to accommodate the extra battery pack, as we have already mentioned. That translates into an increased wheelbase: it goes from 2.73 m to 2.93 m. The concept is 1.55 m tall and 2 m wide.

That accounts for half the 40-cm difference in length. The other 20 cm come from an extended rear end. Although the seats can be pushed backward, that initially implies only that the car has more luggage room. That would probably be up to the driver to decide whether he would like his passengers to have more legroom or if they need to carry more stuff.

Renault states the Morphoz anticipates a new EV family that will premiere in 2021 with the CMF-EF modular electric platform. If it sticks with the idea of battery swapping, we’ll undoubtedly have a vehicle with fixed length already able to receive the extra battery pack.

A production vehicle able to extend its body would be a nightmare for servicing, prone to a series of new issues that would very likely cost a ton of money to fix. No automaker is willing to deal with that, but perhaps some still consider swapping batteries. Renault shows Nio and Toroidion are not alone.