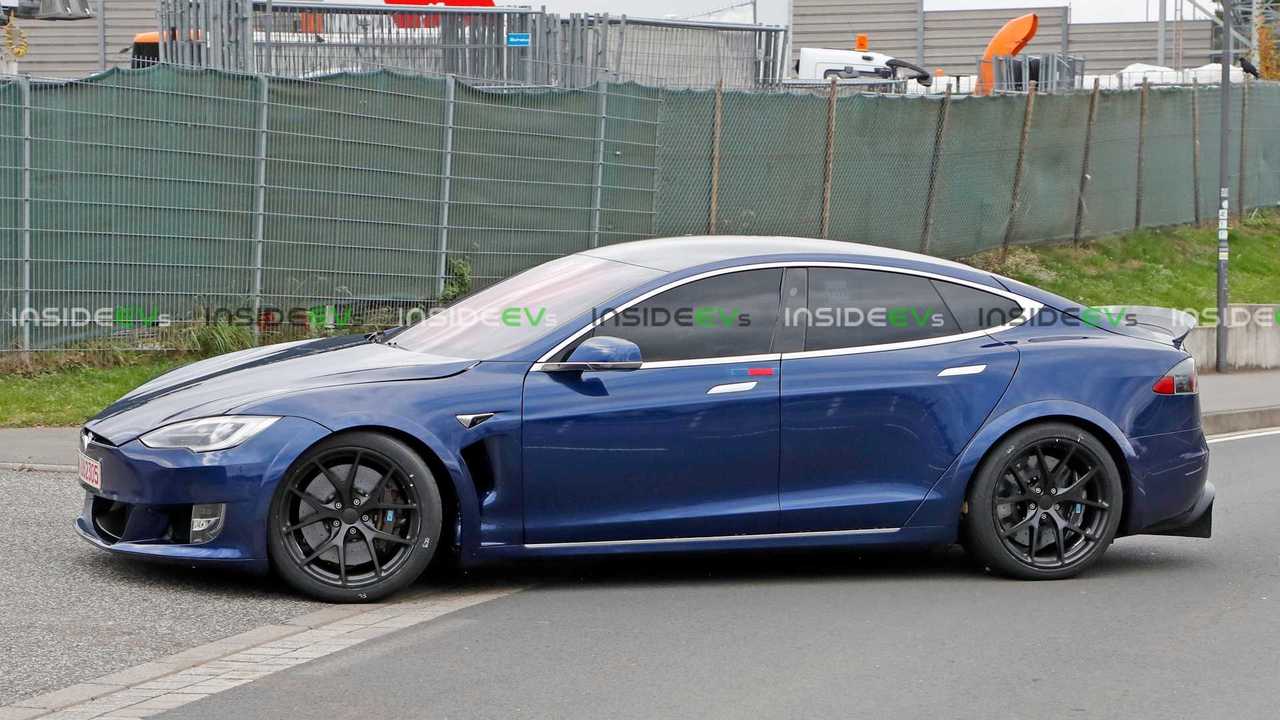 And Motor Trend is expected to conduct the testing.

Rumors suggest that the Tesla Model S Plaid will go up against the Porsche Taycan as soon as next week. Motor Trend will conduct the testing of the matchup we've all been waiting for. Will the hottest Tesla ever come out on top? Or will it be the Taycan that triumphs?

The specs for the Plaid version of the Model S are unknown, but what we do know is that Tesla will actually offer this hot Model S to the public starting in October or November 2020. Ahead of that, it seems Tesla wants to show just how capable the car is and, as such, is sending one to Motor Trend to pit it up against the Taycan (presumably the Turbo S variant).

With its meaty tires, the Turbo S variant of the Taycan is highly capable. It's quick and handles extremely well. However, thanks largely due to those tires, its range rating is only 192 miles.

Likewise, the Plaid variant of the Model S features some oversized rubber too (see galleries below), which will surely impact range. However, Tesla says the Plaid Model S will get a bigger battery than the other versions of the Model S, so perhaps its range will still be quite high.

If you recall, Tesla created the Plaid variant of the Model S to challenge the Taycan's Nurburgring lap time. There's no official time for the Plaid, but some stopwatch clocked laps put it at 7 minutes and 13 seconds, beating the Taycan by 29 seconds.

Tesla promised to improve the Plaid before returning to the Ring, so we assume some further upgrades have been implemented since then. If so, the Model S Plaid should be able to take down the Taycan in the Motor Trend matchup, but that's not a given.

We're extremely excited about this matchup. Word of it leaked out onto Reddit (link) and, if true, it should be on everyone's radar as something to keep an eye out for. Will the Plaid Tesla take top honors or willl the Taycan capture the crown? Guess we'll have to wait and see.