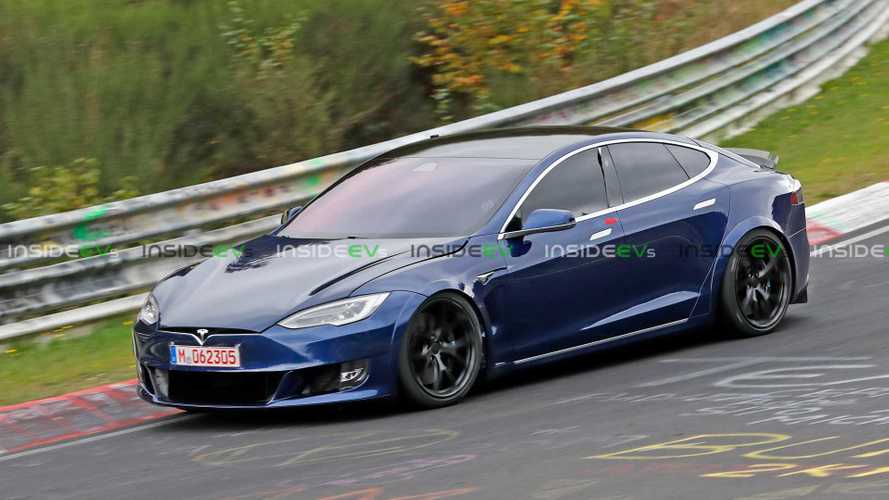 It seems the 'Plaid' powertrain, as well as the Model S used at the Ring will become available to order sooner rather than later.

We figured based on an earlier tweet from Tesla CEO Elon Musk that the Model S Plaid powertrain would eventually become reality in production form. The CEO mentioned that it would go into production around October or November of 2020.

Musk didn't really provide specific details and surely didn't make it clear if the car would be a "normal" road car or specifically a "track" vehicle. Will all the crazy upgrades be available on the production-level car? One must assume so if the car will be deemed worthy of beating any official records.

Still, this missing information is critical since the Model S Plaid at the 'Ring revealed some features that may or may not typically be included in a production, street-legal vehicle.

Despite the recent Raven update, the Model S hasn't seen a significant refresh in years. While Musk continues to assert that Tesla doesn't ever refresh its vehicles, updates are inevitable.

Due to the company's over-the-air software update system, as well as its lack of traditional model years and its ability to make immediate manufacturing changes when/if needed, refreshes and/or redesigns like that of legacy OEMs are not really necessary.

Early this morning, Musk tweeted again about the Model S with the Plaid powertrain. He now says that the final configuration that Tesla uses to set the record at Nürburgring "will go into production around summer 2020." He also clarifies that this variant "is not merely for the track."

As usual, while this — sort of — provides us with more information, there are a lot of loose ends. We can only assume that the upcoming Model S Plaid will be available with every upgrade used to beat the record at the Ring. However, in its base configuration, it may not have all the bells and whistles. For example, most folks probably don't want those tires as standard on their road-ready family-hauling sedan.

At any rate, as more information becomes available, we'll continue to keep you apprised. For now, we're keeping our eyes on the Model S that's currently back at Nürburgring. We really have no clue what Tesla has in store.