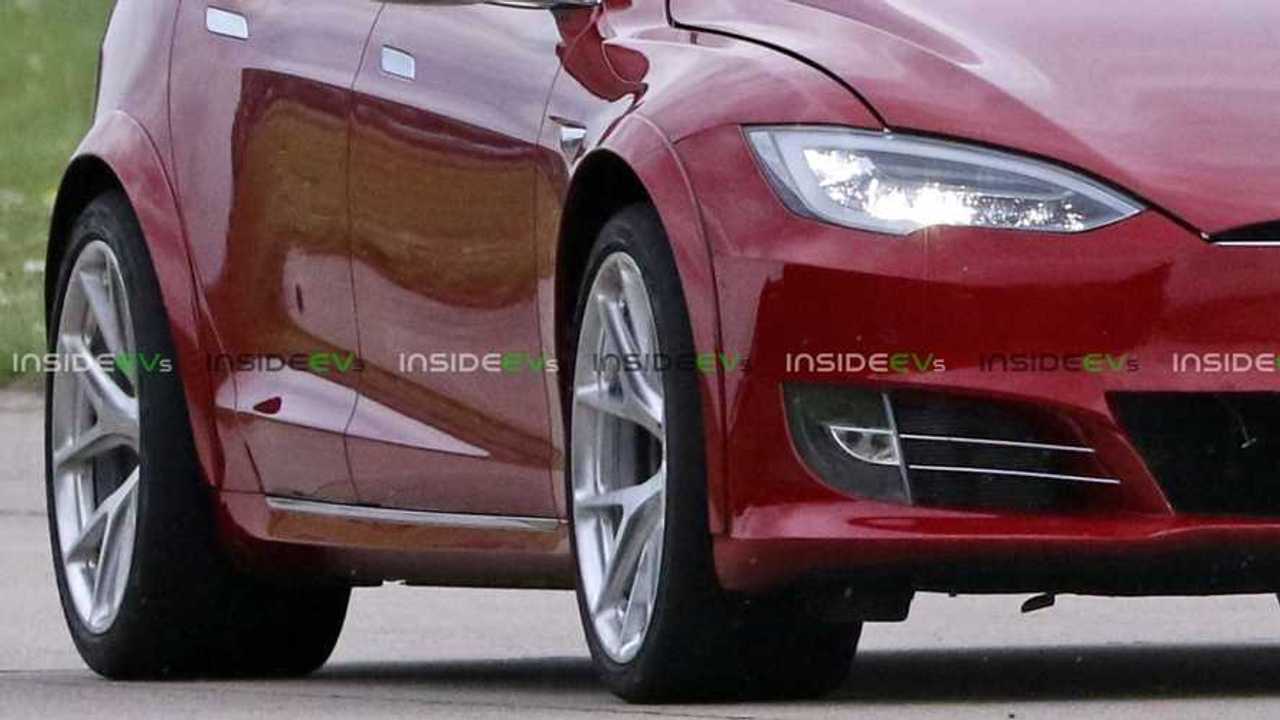 Electric cars are mostly about energy efficiency, but Tesla showed they can be fun to drive. That is why the future Tesla Model S P100D+ Plaid – revealed by our spy pictures – will allow itself to have tires that aim to put all its power to the ground rather than helping it get more miles from its battery pack.

Large tires have a sole purpose: to ensure the maximum grip possible for the vehicle that uses them. That helps them tackle curves at much higher speeds, and accelerate faster. Being so low profile, the tires bend and flex less and keep the car more stable in high-speed situations.

The bad aspect is that they help increase the frontal area. The additional grip also makes the vehicle spend more energy to move. Low profile tires are also much less comfortable than regular ones.

For a car conceived for daily use, mostly at urban speeds, that does not make sense. But the Porsche Taycan was not developed with that use in mind. Its focus is on tracks. The Model S P100D+ Plaid is a derivative that can also allow itself to think only about the maximum driving thrill.

How big are these tires? We are trying to find a suitable image among all the ones we have received to have the exact idea, but we have not managed to do so. We know we are privileged to have readers that know a lot about cars. And tires. In case you have any guess on what are these tires' measures, do not hesitate to tell us what you think about these massive rubbers. We will update this article as soon as we have a conclusive image.