Pressurized Tesla Cybertruck To Be Official Pickup Truck Of Mars 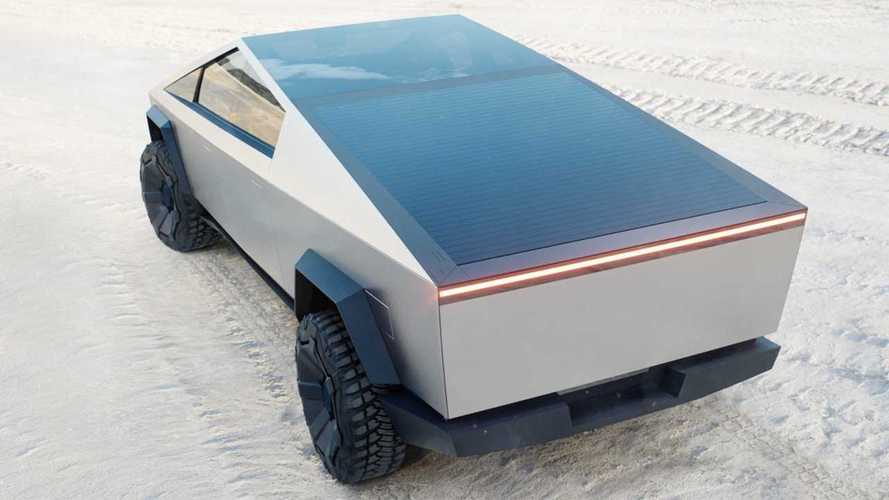 Did Tesla's Elon Musk really have Mars in mind when working on Cybertruck design?

The Tesla Cybertruck sure is otherworldly. It doesn't look like anything on planet Earth — aside from a dumpster, a doorstop, and some older cars used in sci-fi and James Bond movies — and it certainly doesn't resemble any of today's pickup trucks. Moreover, it definitely doesn't look like any of today's other all-electric pickup trucks ... oh wait.

This makes perfect sense since Tesla CEO Elon Musk probably had Mars in mind during the design process. While that's likely a stretch, it may be safe to say that Musk has Mars on his mind most of the time, and while his tweets on the subject may have been more of an attempt at humor than reality, we wouldn't be surprised if Musk really does hope to take the Cybertruck to Mars. It's no secret that the man has some pretty crazy and forward-thinking ideas. C'mon, he already sent his first-gen Roadster into orbit.

Check out the tweets below for some background:

Prior to the Cybertruck's official unveiling, we compared it to the Mars Rover. This was meant to be humorous, but we did it because Musk talked about the truck being massive and unlike anything else. He also referred to it as an armored personnel carrier. While our Cybertruck/Mars Rover rendering was way off, the idea behind our madness was substantiated when the vehicle was revealed.

Will Tesla ever really have vehicles on Mars? Is it even possible for people to eventually live on Mars? Let us know your thoughts in the comment section below.