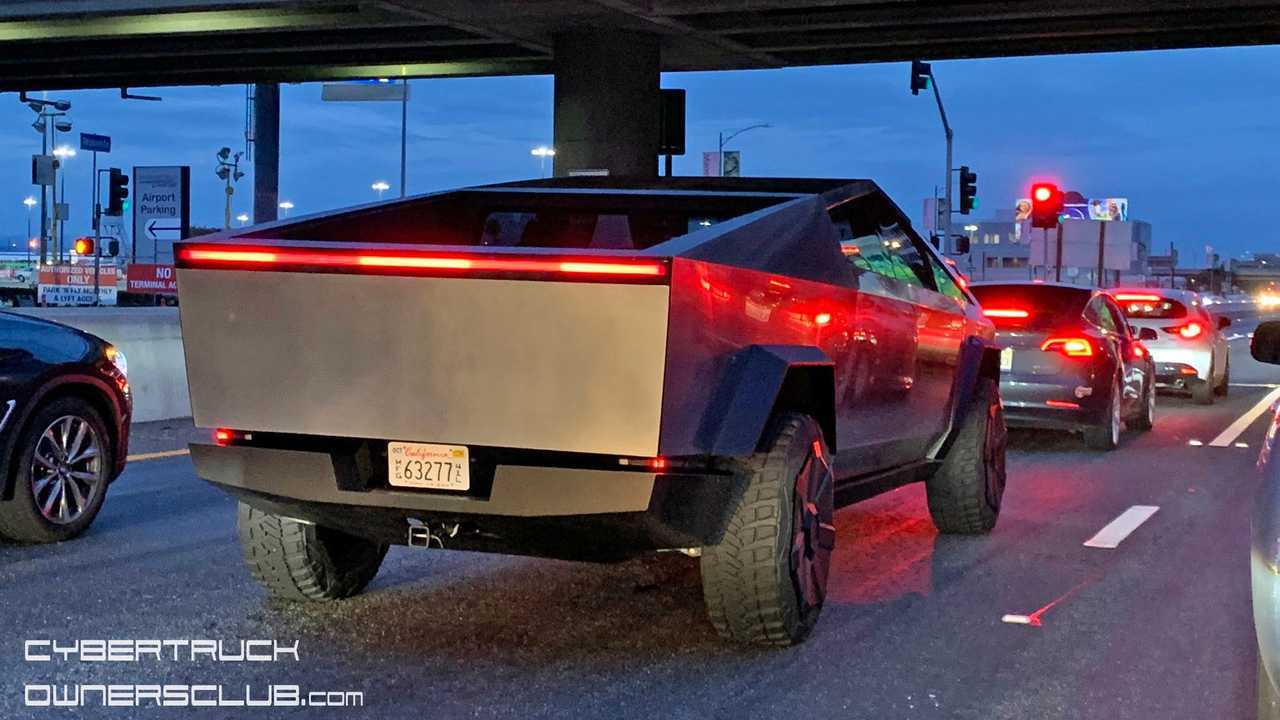 It seems the Cybertruck is already undergoing some real-world testing.

The Tesla Cybertruck was just spotted out on a public highway behind a Model 3. It seems real-world testing fo the truck is underway.

There were two sightings of the Cybertruck, both at different locations. The image above was captured near the LAX Airport, while the one below is from West Los Angeles.

The top image provides us with a good sense of the scale of the Cybertruck. It's actually quite large, but really no bigger than your typical full-size pickup truck.

Of note from the top image is the clear view of the rear hitch. It's just your typical hitch, but you can clearly see where it exits through the lower bumper portion.

Will The Tesla Roadster Get The Cybertruck Treatment Like This Rendering?

Just the other day we saw some close up shots of the Cybertruck while it was stopped in traffic and now we have these two additional public sightings. It appears as though we'll continue to get a steady stream of Tesla truck sightings from here on out as Tesla is clearly not shying away from showing off the truck out in the wild.

Our friends over at Cybertruck Owners Club sent us a tip as well as some additional information on the sightings:

Here’s some cool looks at the Tesla Cybertruck out testing tonight, sent in by readers. The Cybertruck was spotted in both West LA and at LAX Airport, both times trailing a Model 3 which indicates that the truck was out for some official testing.