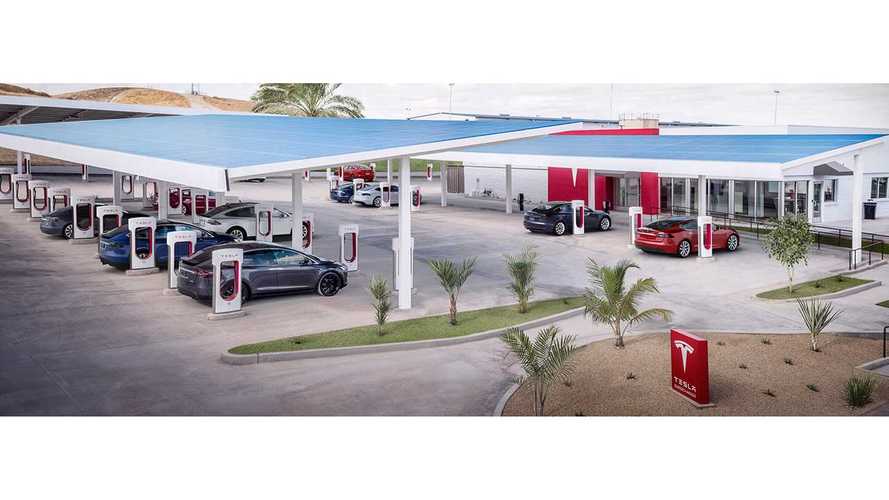 Say goodbye to the free 400 kWh of Supercharging.

Tesla completed the transition from fully free Supercharging for long-distance travel in the Model S and Model X cars to a fully paid business model.

Initially, S/X cars were sold with a promise to be able to free Supercharge forever and cars sold then still can use Superchargers for free. In 2017, Tesla highly limited the free Supercharging of newly-sold cars in the U.S. (and later also in Europe) by offering new S/X with just 400 kWh free credit annually. Depending on versions, it was at least 5 full charges or up to around 10 partial recharges.

According to the latest news, cars sold on November 2, 2018 and on don't get any free Supercharging credit, so 100% of the recharges are paid (at least if the owner does not receive some promotion like the 6-months of free Supercharging from the referral program).

My Tesla includes 400kWh of credits annually—how do those work?

Certain Model S and X vehicles sold before November 2, 2018 include annual Supercharger credits of 400kWh, or roughly 1,000 miles. For usage above the complimentary annual credits, a small fee applies to Supercharge. Credits replenish automatically on the anniversary of your delivery or known ownership transfer. Unused credits do not rollover to the next year and you can view your vehicle’s Supercharger credit status by logging into your Tesla Account.

Tesla Model 3 from the start was sold without any free Supercharging, so now all three models are equal in this regard.

The cost of charging is comparable to electricity costs, which is still less than in the case of other fast charging networks. In California it's $0.26/kWh. Depending on state or country, the amount varies and is calculated per kWh or minute (if a particular market causes issues with how electricity is sold).