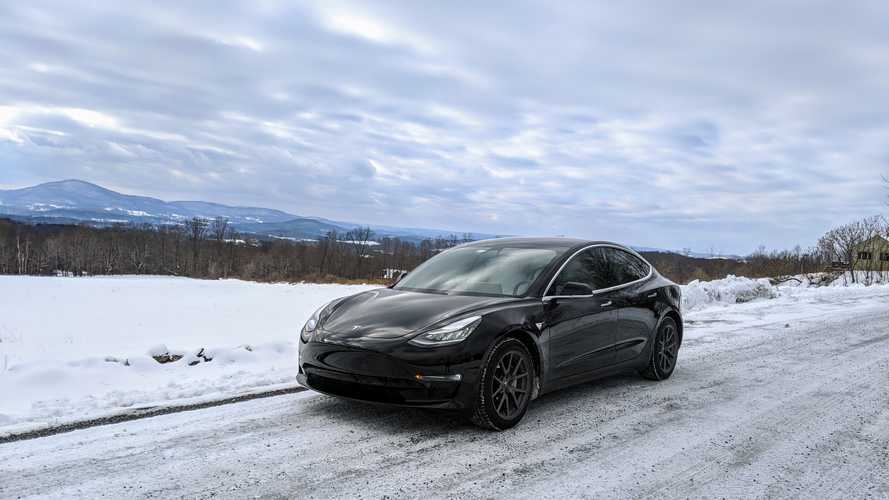 There's so much to like, but these are my most-appreciated features.

As I close in on one year of ownership with my long-range, all-wheel-drive Tesla Model 3 it's a good time to take a look at the things I like as well as some of the things I don't like quite as much. Overall, the Model 3 is an amazing car, and I'm totally satisfied that I made the right decision when I got it.

Is The Tesla Model Y Quieter Inside Than The Model 3?
⠀

As much as I do love the Model 3, it's not perfect - nothing is, and I'll be following up this post with another one that lists the top five things that I don't really like about it. That said, let's get right to the good stuff.

Tesla has the secret sauce when it comes to how efficient their cars are, all of them. Plus, the Model 3 is the most efficient vehicle that Tesla makes, so it is indeed the king of efficiency. It wouldn't be fair if we didn't mention that Hyundai also makes extremely efficient EVs, but their cars aren't as heavy or as powerful as Teslas are, and that needs to be considered.

I still find it hard to believe that my Model 3 is more efficient than my BMW i3s was. The i3 was designed and built to maximize efficiency. Efficiency was its main objective, and the heavier, more powerful Model 3 uses less energy than my i3 did. That said, we have to point out that the i3 was introduced in 2013, and the Model 3 came along 5 years later so we would expect a certain amount of advancements over that time.

It's amazing that such a powerful, relatively large and heavy vehicle can be so stingy when it comes to energy use. Tesla deserves props for achieving this amazing level of efficiency.

I'm actually a little surprised that this is one of my favorite features. The truth is, I do actually like to drive, so I didn't think I would use the Autopilot much. However, I find myself enabling it quite frequently when I'm on a long highway drive. It allows me to relax a little while still vigilantly watching my surroundings and being ready to take over whenever needed.

However, there have been a few times when I did have to take over so I really want to caution Tesla owners to make sure you're paying attention all of the time. Just last week I was driving with autopilot on and the car in front of me suddenly swerved into the lane to its right because there was a huge chunk of a truck tire laying in the center of our lane.

I was able to quickly pull to the right as the car in front of me did, but if I wasn't ready to do so I would have definitely hit it, and there would have been significant damage. The point is, autopilot is a great feature, but you cannot rely on it 100%, you HAVE to stay alert at all times.

Having your car record all of your surroundings while you drive and also while it's parked and unattended does sound a little Orwellian. However, the benefits far outweigh the potential privacy issues that some may have. In 2020 we all have to assume we're always being recorded no matter where we are (outside of the home, perhaps) and pretty much accept that's life in the 21st century.

When I first got my Model 3 the sentry mode recordings had to be deleted every couple weeks when my USB drive filled up and that was problematic. However, in late last year, Tesla updated the system to overwrite the sentry mode files in an OTA update, making it much more convenient. I have to believe that these camera systems will soon be available on cars from other brands, given how much Tesla owners love them.

OK, so this isn't really a "Model 3 feature". However, the Supercharger network is so good that it has to be mentioned. It's such an advantage over the charging networks for other EVs, that it does actually make your Tesla "better". That's because the charging experience for long-distance trips is so much better than everything else out there.

Yes, the other networks are improving. There are now ultra-high-speed DC fast chargers being installed at a rate that actually exceeds how quickly Tesla is expanding its network. So if that continues, there will come a point where the non-Tesla DC fast chargers outnumber Tesla Superchargers in both number of locations and number of individual plugs. Plus, once Plug And Charge capability is fully-functional, using those stations will be just as easy as using Tesla's network.

It doesn't take long to tell that Tesla's user interface wasn't developed to be added to the car like the UI's are for the vehicles from the established OEM's. With Tesla, it's almost as if the car was designed to work around the UI, instead. The whole user experience is one of Tesla's biggest advantages in my opinion.

In particular, I love how the energy screens work, how the navigation system accurately estimates your predicted state of charge upon arrival, and how the energy trip screen visually shows you if you're keeping your energy consumption on target over the course of the trip. It all just works and is very intuitive.

While those might be the top five, there's so much to love about the Model 3 why stop at five?

Charge Port: I love how the charge port is integrated into the rear reflector lens. It's such an elegant solution. It's also very convenient because it opens and closes automatically. You can't forget to close the flap in a rainstorm and damage your charging inlet as I did once years ago.

Automatic Lock/Unlock Doors: I've owned cars that have the courtesy lock/unlock feature where you have to have the key fob on you and the door will lock or unlock when you grasp the door handle. Those work great, but Tesla's system where the car is paired to your phone is even better. The only slight complaint I have is that sometimes the door won't unlock if my phone is in my back pocket and that's a bit annoying at times.

Regenerative Braking: I always liked the Model 3's regenerative braking system, because I thought it was a nice balance between strong lift-off regeneration and a smooth acceleration rate so the passengers didn't feel seasick from a jerky driving experience. But then a few months ago when Tesla added the one-pedal driving characteristics, they made a very good system great.

OTA Updates: There's not much I need to say about this that hasn't been said already. Over-the-air updates rock, and it's really amazing that the Model 3 actually keeps gets better over time.

Design: I love the minimalistic interior layout and exterior design of the Model 3. Although most of what I've posted here is subjective, design is probably the most subjective of all. You may not want to put too much stock in my design opinion though, because I also liked the design of my i3, and well, I admit I was in the minority on that one.

Do you have a Model 3? If so let me know what I missed, and what you love about yours most in the comment section below. I'll be back with part two and go over the things I don't like about the car, and I'm thinking that one might be a little more controversial. So keep an eye out for that one, which will be posted sometime in the next couple of days.