Jay Leno's result was the world's best for a production car only for about 5 minutes.

The result was announced right away in June, but it took a few months to finally show the recap from the event at Famoso Raceway in California.

Tesla’s lead designer Franz von Holzhausen handed over a Plaid to Jay Leno for a try to beat the previous world's best time for a production car, which was 9.4 seconds - set by a Bugatti Chiron Sport.

"Jay does his damnedest to demolish the already ludicrous world record for the fastest production vehicle ever in Tesla’s all new Model S Plaid. Catch the full episode Wednesday at 10P ET on CNBC!"

Interestingly, it was improved several minutes later when a professional test driver hired by Tesla set a time of 9.234 seconds and 152.16 mph. We assume that this time was not beaten yet by any stock Tesla Model S Plaid. 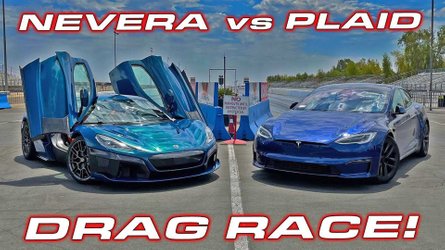 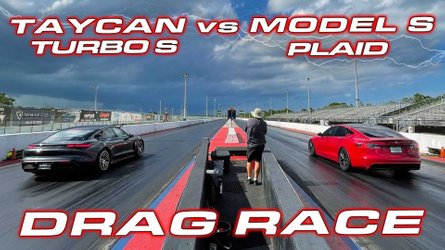