Lucid will give journalists, investors, and select customers factory tours and test rides in late September.

EV startup Lucid Group has announced a "Production Preview Week" starting September 27 during which select people will be given access to its plant in Casa Grande, Arizona.

The event will be open to members of the media and financial communities, policymakers, and a select group of customers. The guests will be able to observe the production processes for the Lucid Air and discuss the company’s EV technology with leading engineers as the EV maker prepares for the first deliveries later this year.

After touring Lucid Group’s Advanced Manufacturing Plant (AMP-1), the guests will also be given rides in the Lucid Air on the road. Production of the Air electric luxury sedan takes place at the plant’s first phase, which was completed in less than a year on a 590-acre (238-hectare) site in Casa Grande, Arizona.

Lucid Group says the AMP-1 was designed to allow future expansions at the site. This will include production of the brand’s first SUV, Project Gravity, starting in 2023. The company calls its Arizona site “the first greenfield, dedicated electric vehicle factory to be built in North America.”

Recently, Lucid Group announced that the Air Dream Edition, the limited-run model that will be the first to launch later this year, will be available in two flavors, Range and Performance.

Both feature the same dual motor AWD layout, but the Performance model will obviously have the edge when it comes to acceleration. Zero to sixty takes an estimated 2.5 seconds, while the Range model needs 2.7 seconds; the top speed is limited to 168 mph (270 km/h) in both cases.

Lucid Group expects to start deliveries of the Air Dream Edition in the fall/winter of 2021. 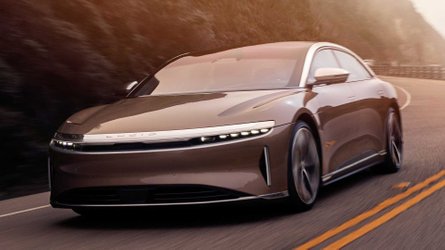 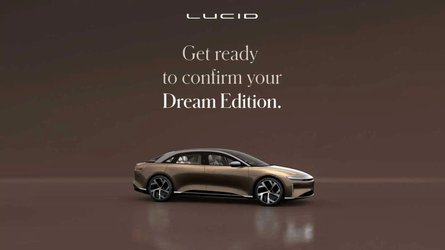 Is Lucid Preparing To Kick Off Of Air Dream Edition Deliveries?