Now we expect the Tesla Model X to follow.

While the world is waiting for the market launch of the brand new Tesla Model S Plaid today (watch our livestream here), Tesla has just increased the price in the U.S.

We don't know the cause of the change, as the refreshed Model S is expected to be a highly profitable model. At one of the events, Tesla noted that it should be less costly to produce than before.

On the other hand, Tesla's Elon Musk wrote that prices of (Model 3/Y) increased due to costs (supply chain) - raw materials in particular as well as semiconductors.

Anyway, with the new price, we now expect nothing more than an increase in the price of the upcoming refreshed Tesla Model X Plaid, as it's below the Model S:

Maybe that's an intentional tactic to trigger potential customers to order more Model X Plaid now, as the price might increase by $10,000 as well (or more, because Model X usually was more expensive). 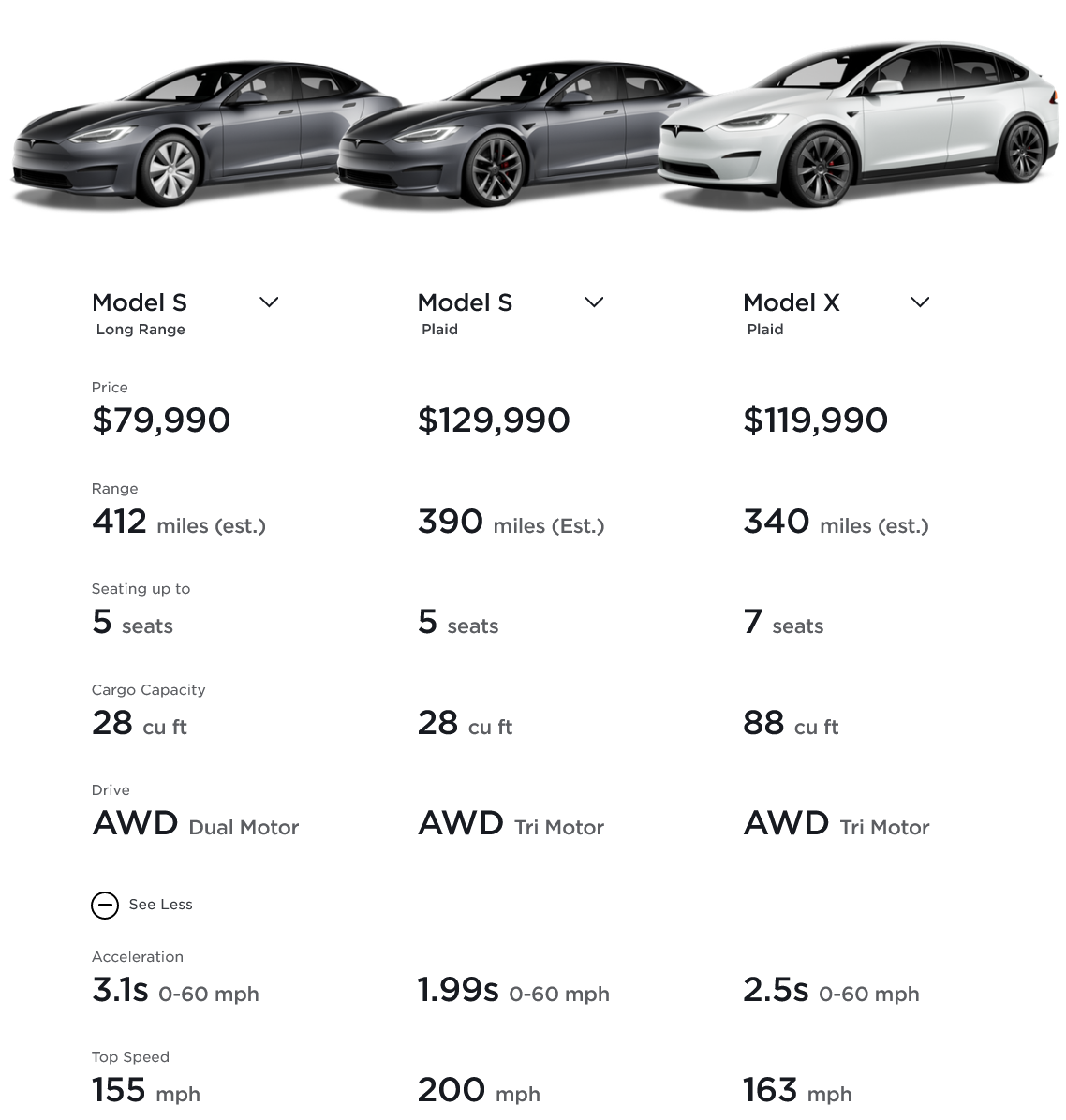 ⠀ Hundreds Of New Tesla Model S Wait For Delivery At Temp Location
⠀ See Flyover Of Tesla's Refreshed Fremont Test Track
By: Mark Kane
++
++
Got a tip for us? Email: tips@insideevs.com