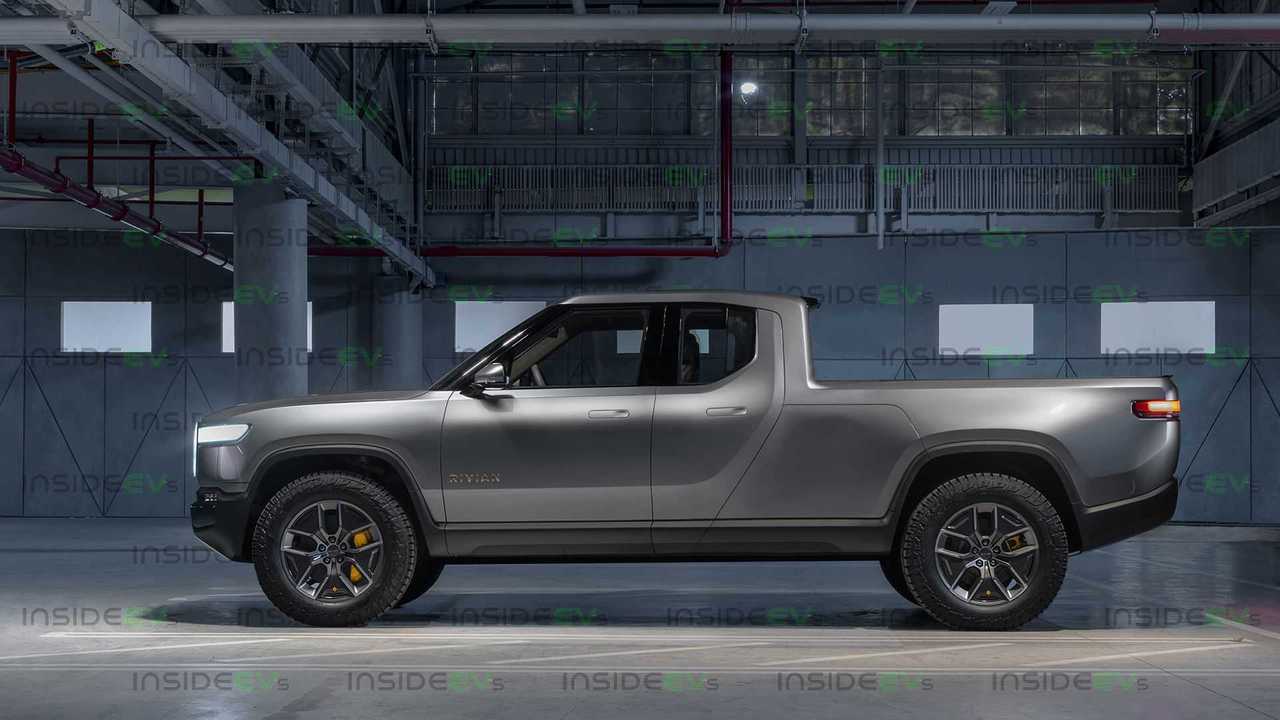 A Rivian extended cab truck is likely in the works but until then, enjoy this rendering.

We recently reported that Rivian released a photo of a camouflaged extended cab (half rear door) version of the R1T truck on their website — on purpose or by accident. It’s the only Rivian R1T we have seen with that body style. The R1T truck has always been seen testing with a crew cab body style (four full doors).

Pro artist Andrei Nedelea created this great R1T extended cab rendering — he also writes for us. He based it on the photo we found on Rivian’s Stories site (further below). It looks spot on in my opinion. He also did this rendering of a single cab (two-door) R1T truck. The rear door of the extended cab looks a little small but that’s how it looks in Rivian’s photo and extended cab doors are normally are small.

Rivian went with the Crew Cab body first because that’s the most popular body style in the U.S. because it offers the most interior room but usually the shortest bed. A short bed shouldn’t matter much because most American truck owners don’t use the bed that often and if they do, a short bed usually does the job. So that’s probably why the R1T’s bed is only 4.5 feet.

Rivian hasn’t announced an extended or single cab version of their truck yet, but it’s inevitable that they will down the line. It doesn’t make sense to only offer one truck body style because they would be missing out on lots of sales. Extended cab trucks normally have a longer bed for those who need it and single cab models are the most affordable. Also, extended and single cab body styles are normally used by commercial fleets and I doubt Rivian would want to miss out on commercial fleet sales. On top of that, since the cab weighs less, extended and single cab trucks can usually haul and tow more than crew cab trucks.