EU Approves FCA-PSA Merger: What Might It Mean For Tesla’s CO2 Credits? 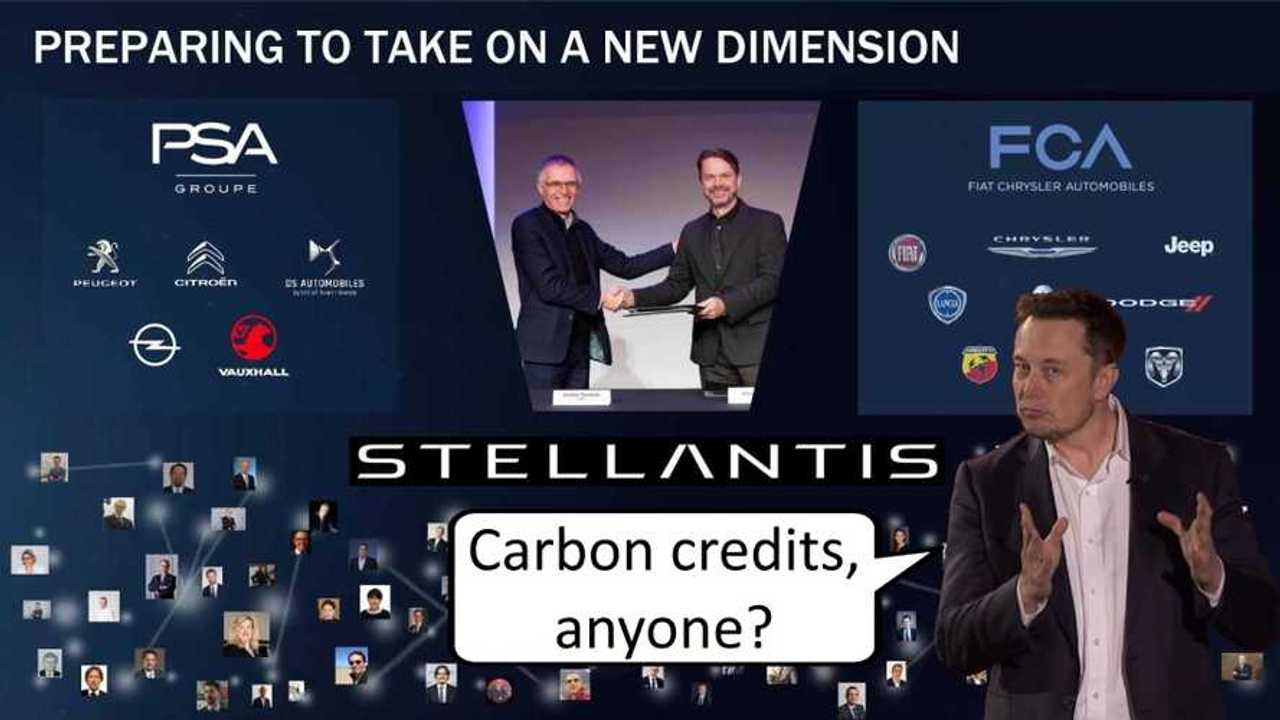 It is not unlikely that carbon credits will cease to be a thing soon.

On December 21, the European Union approved the $38-billion merger of FCA and PSA. Stellantis is now just waiting for shareholders’ meetings of both companies on January 4. They will decide whether or not to create one of the biggest automakers in the world. And that can deeply impact the one with the current highest market cap: Tesla may lose its main client for carbon credits as soon as 2021.

If you ask why that matters, let’s review why Tesla joined the S&P 500 index on the same December 21. Among other requirements – such as its market cap above $8.2 billion –  it was mainly because it presented five consecutive profitable quarters since Q3 2019. When you check its GAAP net income in all profitable quarters, it was inferior to the regulatory credits the company received in most of these periods.

Stellantis promises to be an EV champion, just like PSA is investing heavily to offer electric cars. With that, FCA can develop vehicles over PSA's electric platforms, such as eCMP and eVMP. Instead of relying on Tesla, FCA can benefit from PSA's electric car sales to comply with emission regulations. The market analyst Matthias Schmidt was the first one who pointed this out in a tweet.

That was enough for a follower to engage in discussion with him about whether Tesla is locked with FCA for 2021 or not. Schmidt said there is no official European document proving FCA would pay Tesla for any credits beyond 2020. His follower argued that Mike Manley said so at FCA’s Q3 2020 Earnings call.

If FCA has any commitment to pay Tesla carbon credits in 2021, it is not likely that this will continue in 2022 with Stellantis in place. If FCA is not buying them, who will? Volkswagen does not seem to be among the candidates for that with its ID family. Neither is Toyota, which already relies heavily on its hybrid vehicles to meet emission standards. It is not unlikely Toyota will have to sell EVs before its solid-state batteries are ready, which explains why Akio Toyoda was so vocal about his unhappiness with electric cars.

All things considered, 2021 will be an interesting year for the automotive industry. Tesla may start producing its own batteries – the 4680 cells – and the new Model Y with its revolutionary three-castings body structure, which was supposed to be presented in Shanghai. The question is if that will allow it to prescind carbon credits so soon.