The official results are now in.

Tesla just released its Q4 2019 earnings report and it was a profitable quarter once again.

The main financial details from the Q4 2019 report are as follows:

⠀ Does The Tesla Cybertruck's Towing Ability Really Even Matter?
⠀ Tesla Model Y Crossovers Spotted After Hardcore Testing In Colorado
Tesla's Acquisition Of Grohmann Is Now Impacting Mercedes-Benz
⠀ Is The Single Screen On Tesla Model 3 And Model Y A Stroke Of Genius? 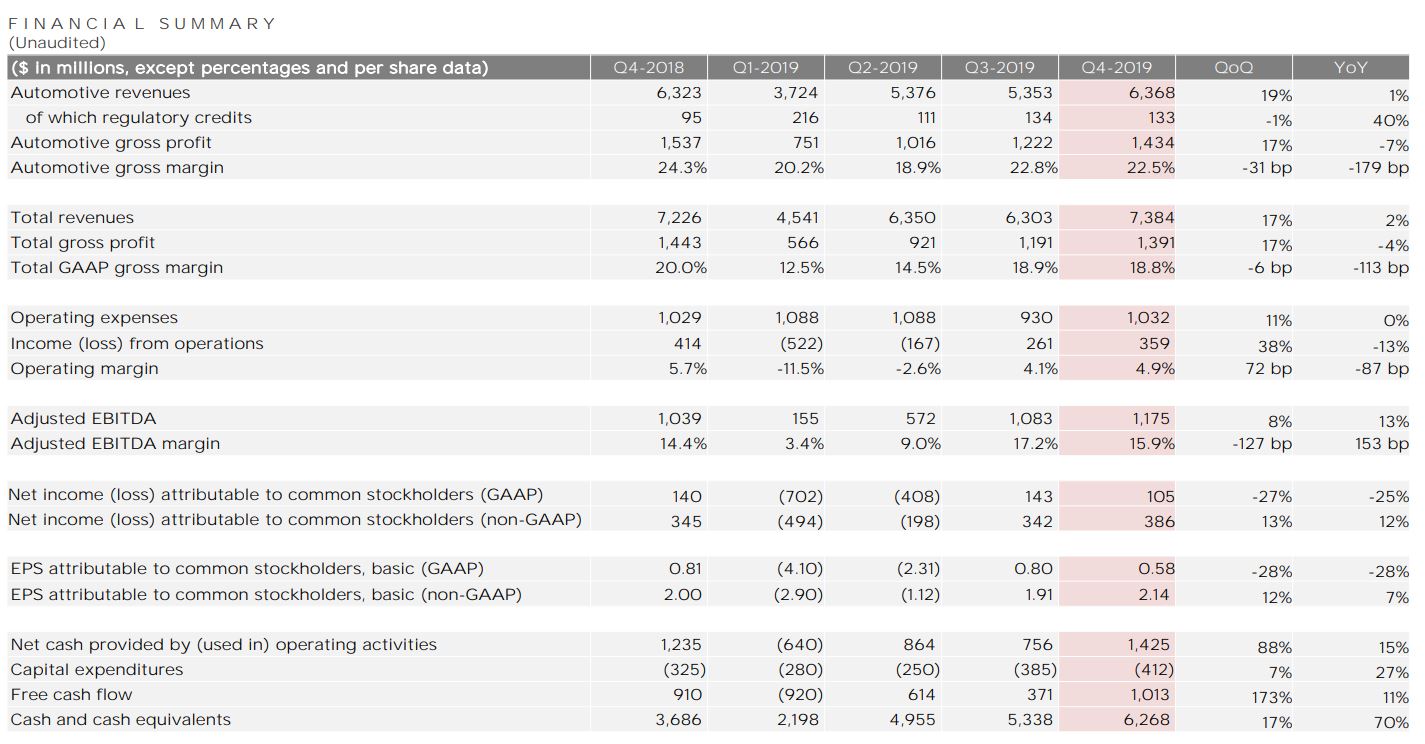 And here are some details on particular vehicles, as stated by Tesla:

The production ramp of Model Y started in January 2020. Together with Model 3, our combined installed production capacity for these vehicles is now 400,000 units per year.

The ramp of Model Y will be gradual as we will be adding additional machinery in various production shops. After such expansions are done by mid-2020, installed combined Model 3 and Model Y capacity should reach 500,000 units per year. We will start delivering Model Y vehicles by the end of Q1 2020.

Due to continued engineering progress of the Model Y all-wheel drive (AWD), we have been able to increase its maximum EPA range to 315 miles, compared to our previous estimate of 280 miles. This extends Model Y's lead as the most energy efficient electric SUV in the world.

For full year 2020, vehicle deliveries should comfortably exceed 500,000 units. Due to ramp of Model 3 in Shanghai and Model Y in Fremont, production will likely outpace deliveries this year.

Some additional Q4 notes related to Tesla's vehicles and financials: