Another highly profitable quarter in the books.

Tesla just released its Q3 2020 earnings report and the numbers are impressive. Tesla again turned a profit, which makes that five quarters in a row in which Tesla has reported a profit.

The main financial details from the Q3 2020 report are as follows:

Tesla previously released its Q3 2020 production and delivery numbers. It delivered 139,300 cars and produced 145,036 vehicles between July and September. Both figures set a new all-time record for Tesla.

The third quarter of 2020 was a record quarter on many levels. Over the past four quarters, we generated over $1.9B of free cash flow while spending $2.4B on new production capacity, service centers, Supercharging locations and other capital investments. While we took additional SBC expense in Q3, our GAAP operating margin reached 9.2%.

Here's some of the financial info from Tesla:

And here are some details on particular vehicles and other relevant info, as stated by Tesla:

We have recently increased capacity of Model 3 / Model Y to 500,000 units a year. In order to do this, we restarted our second paint shop, installed the largest diecasting machine in the world and upgraded our Model Y general assembly line. Production should reach full capacity toward the end of this year or beginning of next year,

Construction of the Gigafactory in Berlin continues to progress rapidly. Buildings are under construction and equipment move-in will start over the coming weeks. At the same time, the Giga Berlin team continues to grow. Production is expected to start in 2021.

Some additional Q3 notes via Tesla:

We have the capacity installed to produce and deliver 500,000 vehicles this year. While achieving this goal has become more difficult, delivering half a million vehicles in 2020 remains our target. Achieving this target depends primarily on quarter over quarter increases in Model Y and Shanghai production, as well as further improvements in logistics and delivery efficiency at higher volume levels. 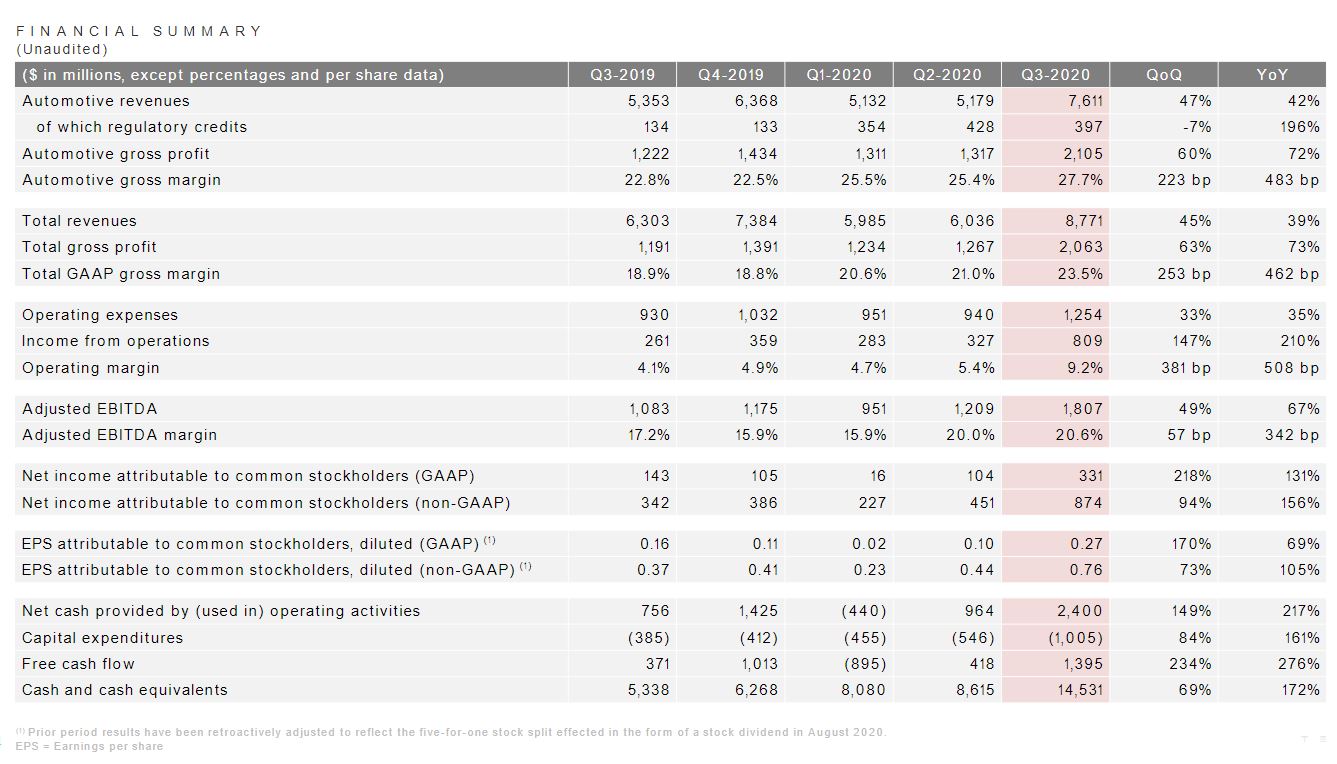